The talks between the farmers union leaders and the Centre ended in a deadlock on Saturday, calls next round of talks on December 9. 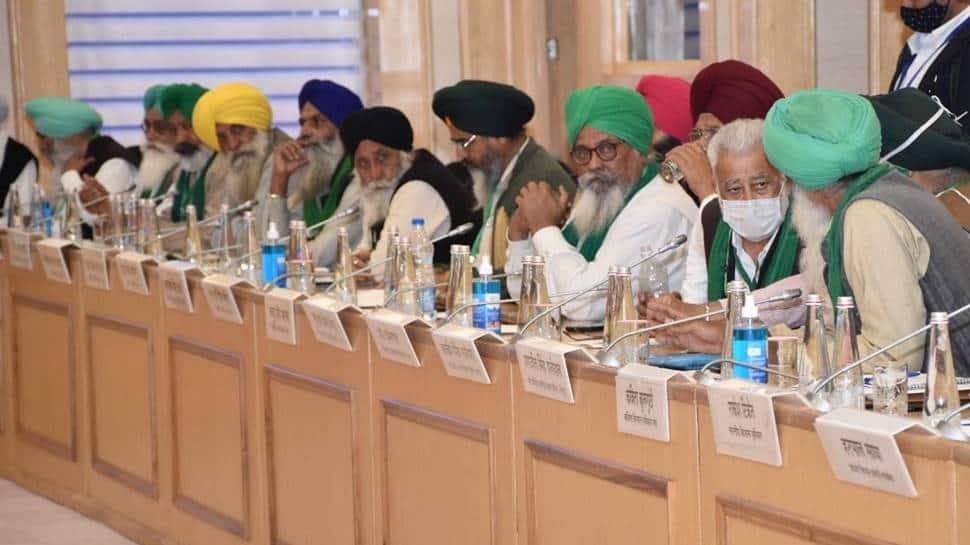 New Delhi: The talks between farmer leaders of as many as 40 unions and the Centre ended in a deadlock yet again on Saturday, the Centre has called for next round of talks on December 9.

Addressing reporters after the meet ended, Union Agriculture Minister Narendra Singh Tomar said that the government is committed to the welfare of the farmers and it will find a way forward.

Further, the Minister appealed to the farmers unions to give up their agitation and solve their grievances with the government through talks and dialogue. Tomar appealed that children, the elders and women who are particpating in the agitation should be allowed to go home. 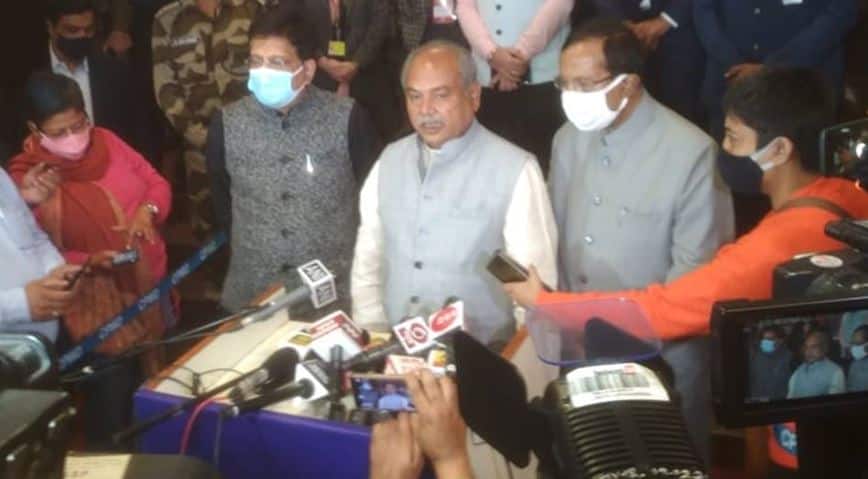 He cited the COVID-19 crisis and the present cold weather conditions prevailing in Delhi as a cause of concern for the nearly thousands of protesters staging demonstration at various borders points around the national capital.

Tomar also mentioned several other policies in the farmers interest like; the Rs 1 Lakh crore agri-infrastructure fund, historic MSP hikes, measures taken for procurement and technology upgradation. He pointed out that these and other measures underline the government's commitment towards its farmers.

The agriculture minister also assured that the Minimum Support Price (MSP) will continue and APMC will not be weakened. During the fifth round of talks at Delhih's Vigyan Bhawan on Saturday, there was an exchange of opinions from both sides.

The protesting farmers have been adamant in their demand asking the Centre to rollback the three contentious farm laws. At the meet today, the kisan union leaders reportedly held up papers with a 'Yes/No' sign to ask the government officials if they will revoke the three bills.

The farmers attending the talks today went on a 'maun vrat' - a silent protest, asking the governemnt officials present about their decision to revoke the farm bills.

Farmers Union leaders said they want a complete revocation of the three new agricultural laws."We said at the beginning of meeting that our demand is withdrawal of laws, we don`t want amendment of the laws. We took a firm stand. Finally we were told that the next meeting will be held on December 9," Hannan Mollah, General Secy, All India Kisan Sabha was quoted as saying by PTI. 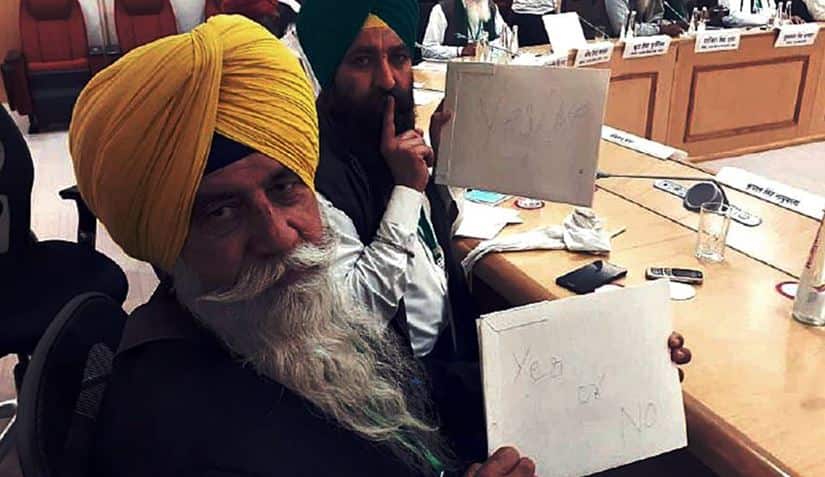 The farmers are vehemently protesting against the three farm bills the Farmers` Produce Trade and Commerce (Promotion and Facilitation) Act, 2020, the Farmers (Empowerment and Protection) Agreement on Price Assurance and Farm Services Act, 2020, and the Essential Commodities (Amendment) Act, 2020.

Meanwhile, the protesting farmers have proposed a nationwide shutdown on December 8.  The farmers announced a Bharat bandh on December 8 where they said they will block all roads and toll plazas leading to Delhi. They threatened to intensify their agitation if the government does not accept their demands.

Thousands of farmers continue to protest in and around Delhi for the tenth day against the farm laws.

Farmer leaders held a meeting during the day to decide the future course of action. Addressing a press conference later, one of the leaders Gurnam Singh Chadoni said if the Centre on Saturday does not accept their demand of repealing the three farm laws, they will intensify their agitation.

Earlier in the day during the meeting, the government had given a point-wise written reply of the last meeting after farmers` representatives asked the Government for it.

The senior ministers including Union Home Minister Amit Shah, Defence Minister Rajnath Singh and others met and briefed PM Modi on the matter before the crucial talks with farmer union leaders.

On December 3, the farmers held the fourth round of talks with the Centre and said the government had talked of bringing some amendments to farm laws.