Taking a jibe at the Opposition, he said that they have lost all credibility and is nowhere in the contest. The senior BJP leader also added that the people are with Prime Minister Narendra Modi and Maharashtra CM Devendra Fadnavis. 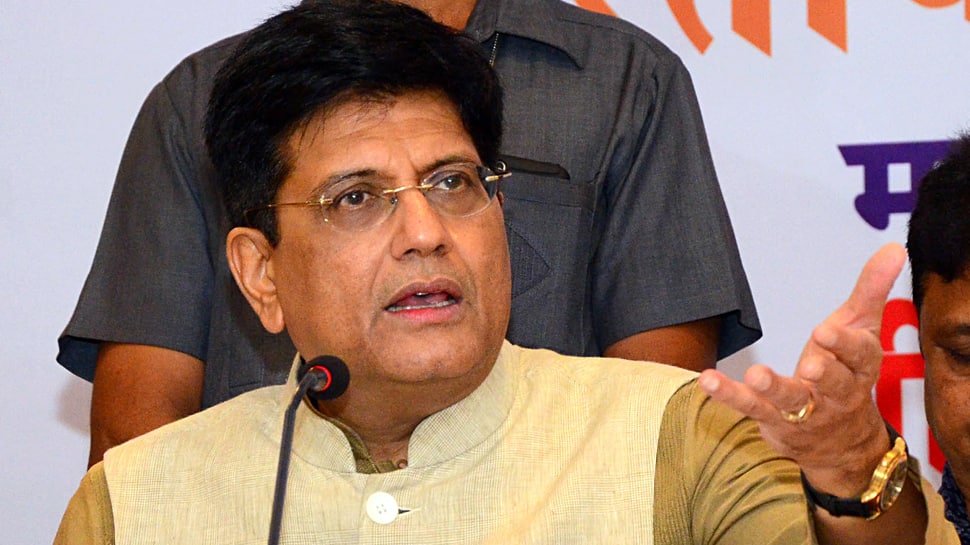 Union Minister Piyush Goyal on Monday exuded confidence in the win of the Bharatiya Janata Party (BJP) and the Shiv Sena alliance in the Maharashtra Assembly election.

Speaking in Mumbai amid the ongoing voting, Goel said that he is confident that the BJP and Shiv Sena alliance will win around 225 seats. Taking a jibe at the Opposition, he said that they have lost all credibility and is nowhere in the contest. The senior BJP leader also added that the people are with Prime Minister Narendra Modi and Maharashtra CM Devendra Fadnavis.

"I am confident that the BJP-Shiv Sena alliance will win around 225 seats, the opposition has lost all credibility and is nowhere in the contest. People are with Modi ji and Fadnavis ji," said Goel.

"A vote is the most effective way to exercise our democratic rights & contribute to India’s future. I urge everyone in Maharashtra and Haryana to vote for development, good governance and security for every Indian. #BigWinForBJP," he had also tweeted.

The voting for assembly elections in Maharashtra and Haryana is underway amid unprecedented security arrangements made by the Election Commission. Bypolls are also being held in 51 assembly seats in 17 states and two Lok Sabha constituencies.

The electoral fate of over 4,400 candidates--1,169 in Haryana and 3,237 in Maharashtra--will be sealed in the EVMs. In Haryana, 19,578 polling stations have been set up whereas 96,661 in Maharashtra for people to cast their votes. The polling for 90 Assembly seats of Haryana and 288 seats of Maharashtra will start at 7 am and will continue till 6 pm.

For Maharashtra Assembly elections, 40,000 police personnel will be deployed in Mumbai and drones will be used for surveillance as part of security arrangements, Mumbai Police had earlier said. Maharashtra Police will also maintain strict vigil throughout the state with its personnel deployed for election duties in all districts along with home guards, companies of CAPF and CRPF for the polling day. BJP is contesting in 150 seats in the 288-member Maharashtra Assembly while its ally Shiv Sena has fielded 124 candidates. The remaining seats have been left for smaller allies. Congress is contesting the polls in alliance with Nationalist Congress Party (NCP) in Maharashtra.

Campaigning in Maharashtra and Haryana concluded on Saturday. The Model Code of Conduct came into force on September 21 after the Election Commission (EC) announced the dates for the assembly election.