The Congress on Sunday alleged that when WhatsApp sent messages to all those whose phones were hacked, one such message was also received by party general secretary Priyanka Gandhi Vadra. 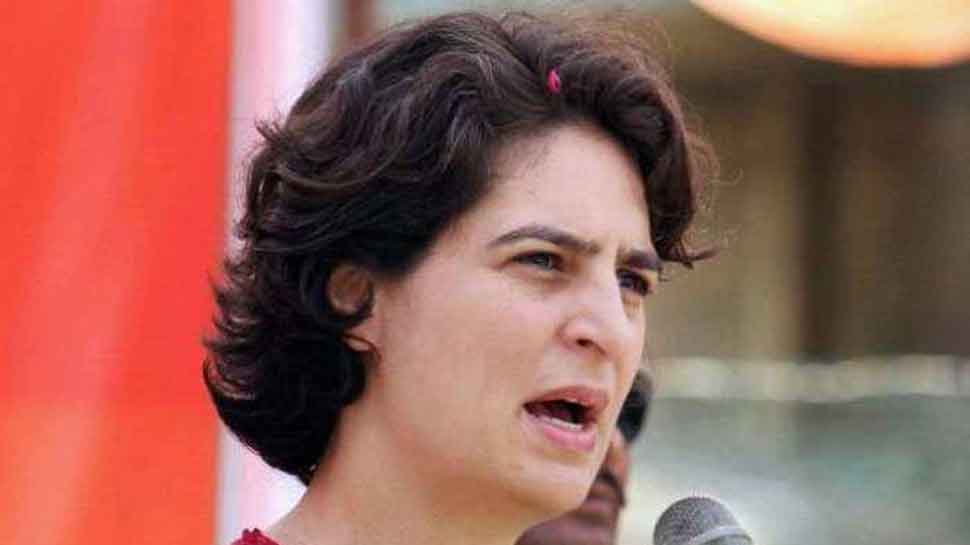 NEW DELHI: The Congress on Sunday alleged that when WhatsApp sent messages to all those whose phones were hacked, one such message was also received by party general secretary Priyanka Gandhi Vadra.

Randeep Surjewala, addressing a press conference, said that Gandhi had received a message from the Facebook-owned messaging platform informing her that her phone had also been targeted with the Israeli snooping software at the same time when other users were notified.

This comes after WhatsApp filed a legal suit in a US Federal Court against an Israeli firm - NSO Group – alleging that it was behind cyber-attacks that infected devices with malicious software. In its complaint against the Israeli firm, WhatsApp claimed that the firm installed spyware on users' phones and targeted human rights defenders, journalists, political dissidents, diplomats and government officials.

WhatsApp had also claimed that Indian journalists and human rights activists were among those globally spied upon by unnamed entities using an Israeli spyware Pegasus.

The government has sought a detailed response from the Facebook-owned messaging service WhatsApp on the issue of Israeli spyware that was allegedly used to target Indian journalists and human rights activists through its platform. Expressing concerns over the issue, Union IT Minister Ravi Shankar Prasad said that the Government of India is concerned at the breach of privacy of citizens of India on the messaging platform Whatsapp. ''We have asked Whatsapp to explain the kind of breach and what it is doing to safeguard the privacy of millions of Indian citizens,'' Prasad said in a tweet.

After the reports of the spyware being used on Indian journalists surfaced, the Congress spokesperson had blamed the ruling BJP of targeting opposition leaders with the snooping software, and said that the party suspects that many senior politicians and judges of the Supreme Court and High Courts have also been spied on.

However, the Ministry of Home Affairs categorically rejected media reports claiming that the government was behind the alleged Pegasus spyware attack on the Facebook-owned messaging service WhatsApp.

It also issued a stern warning to those spreading rumours about the government in this regard, and said, ''Some statements have appeared based on reports in media regarding breach of privacy of Indian citizens on WhatsApp. Attempts to malign government for reported breach are completely misleading. The government will take action against any intermediary for breach of privacy.''