Congress on Sunday mocked PM Narendra Modi's `hugplomacy` in a meme video posted on Twitter, which evoked an equally sharp response from the ruling BJP. 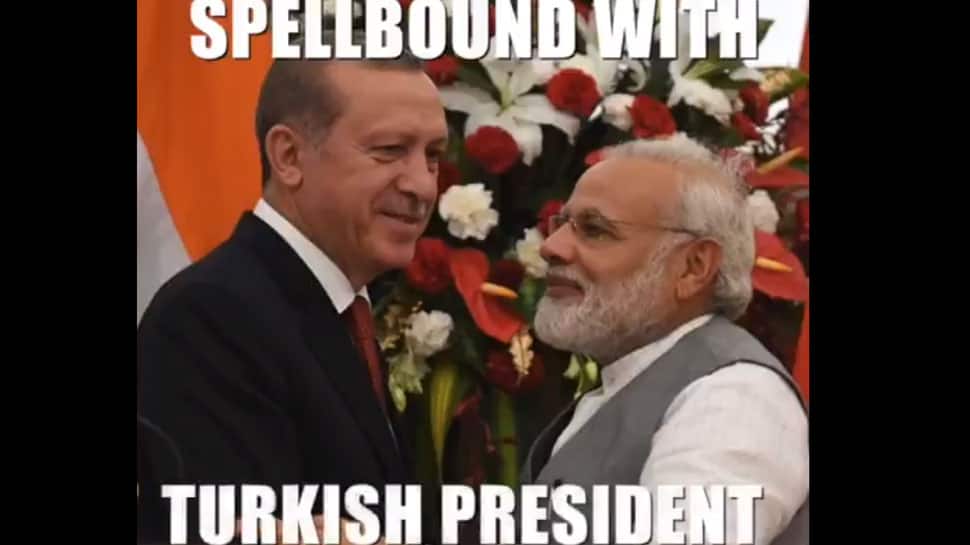 New Delhi: The Rahul Gandhi-led Congress on Sunday made fun of what it called Prime Minister Narendra Modi's `hugplomacy` in a meme video on Twitter, which evoked an equally sharp response from the ruling Bharatiya Janata Party (BJP).

The Congress mocked PM Modi by posting a video on its official Twitter handle with a hashtag `#hugplomacy`.

The video was posted shortly after he received his Israeli counterpart Benjamin Netanyahu at an airport here.

In the video, the Congress apparently ridiculed Prime Minister Modi`s ways of hugging with several world leaders by describing them with comic tags along with gifs.

Reacting to it, the BJP said sarcastically that the video showed the "new" thinking of the grand old party under the leadership of Rahul Gandhi.

"The video is absolutely despicable. It is making fun of the Prime Minister of India that too with the other global leaders of the countries with whom we have good relations. This is a new thinking of the Congress Party under the supervision of Rahul Gandhi. It must be condemned in every possible manner," senior BJP leader Nalin Kohli told ANI.

He added that the video has not been made in India, as the kind of music and reaction showed those people were not Indians.

"This is a thinking which is alien to India as in India we greet with warmth and hugging is a part of our friendly nature. Making fun of the Prime Minister by the Congress party for something which is very Indian and is a part of our culture and that too tweeting it, is condemnable. The video is clearly made in abroad," Kohli stated.

His party colleague and spokesperson Sambit Patra too said the Congress party's tweet was absolutely appalling.

"This is not the way you talk about the Indian Prime Minister and that too when foreign dignitary, Israel Prime Minister is on the Indian soil. The entire world is watching as what is happening to India and Israel relationship. Is this the way main Opposition party of India behaves?" he asked.

Never expected India’s main opposition party to post such a tweet ..that too when a respected Foreign PM has just arrived !
Congress President only talks of winning by LOVE ..while this is what Indian PM is doing..winning the WORLD by LOVE!
While Modi WINS you Whine!! https://t.co/kDPNfPDu2J

Patra further said the Congress has been consistent in abusing Prime Minister Modi.

"First they called him `Neech` (a low life) and earlier they said "Tu Jake Chai Bech" (go and sell tea) and now we have this kind of tweet. Is this the understanding of the Congress Party as far as the foreign policy is concerned?" he questioned.

Congress seems to have lost senses. What they have tweeted shows their immaturity & lack of political sensibility. We condemn this. I hope wisdom prevails on them some day: Prakash Javadekar, Union Minister on Congress tweeting a video on PM Modi & Israel PM Benjamin Netanyahu pic.twitter.com/fmJhq0ChYe

The Israeli Premier, accompanied by his wife Sara and a 130-member delegation from various sectors, arrived here on Sunday. He was received by PM Narendra Modi upon his arrival.

The two sides are expected to sign several agreements in various sectors including cyber, agriculture and defence.