Union Minister Amit Shah launched a scathing attack on Congress and National Communist Party on Sunday and said that both the parties do not believe in democracy, but only in dynasty politics. 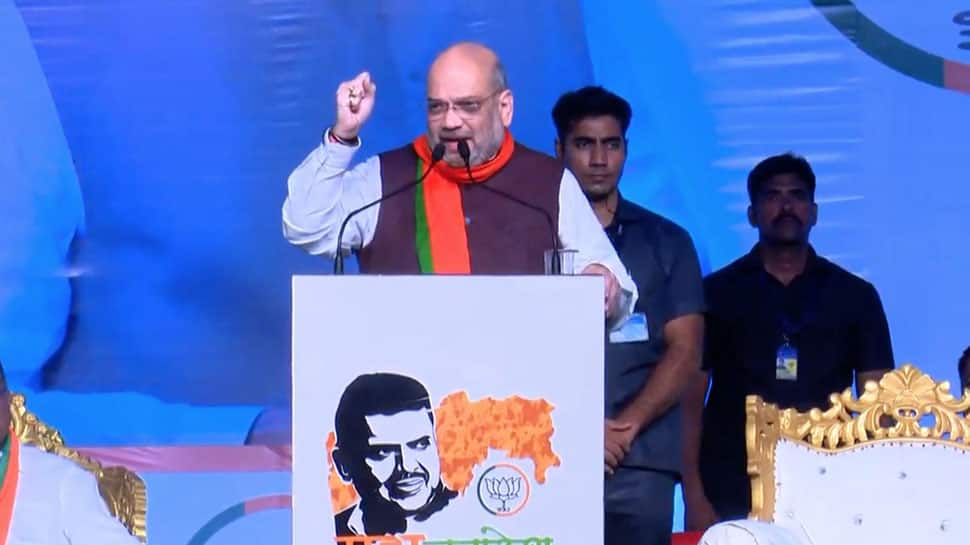 Solapur: Union Minister Amit Shah launched a scathing attack on Congress and National Communist Party on Sunday and said that both the parties do not believe in democracy, but only in dynasty politics.

Addressing a rally in Maharashtra's Solapur on the occasion of the culmination of the second leg of the 'Mahajanadesh Yatra' launched by Chief Minister Devendra Fadnavis, Shah questioned NCP chief Sharad Pawar's contribution towards the state's development when he was a minister in the UPA-led government at the Centre.

Alleging that the UPA government did "nothing but corruption", the Union Home Minister said that the Congress-NCP coalition state government committed scams of around Rs 12 lakh crore. He further said that the 31-storey building Adarsh Housing Society scam was executed by both the parties.

The BJP president said Rs 74,000 crore was allocated for irrigation when the Maharashtra government was formed under Pawar's leadership, however, no water reached the fields of the farmers.

The senior BJP leader went on to say, "In the era of Congress, if 100 paisa was allocated, then 85 paise would be used to tend to corruption, however, when Devendra Fadnavis-led BJP government came to power, that 100 paise would translate into work done of Rs 125 paisa, with 25 paise coming from the general public."

Lauding CM Fadnavis for keeping the BJP and Shiv Sena united, Shah said, "After 1972, if any chief minister has completed five years of term in Maharashtra, it is Devendra Fadnavis." Development in the state has been propelled with this stability, Shah added.

The BJP president commented on the dedication shown by the BJP-led central government in ensuring development for the state. He said, "When the UPA was at the Centre and the Congress-NCP coalition was in Maharashtra, the state was given Rs 1 lakh 15,000 crore in the 13th Finance Commission. However, the Modi government allocated more than Rs 2 lakh 86,000 crore to the state in 14th Finance Commission."

Further slamming Congress leader Rahul Gandhi on his statements on the revocation of Article 370, Shah said it was condemnable that his statements were being used by Pakistan to create unrest in the Kashmir valley.

Reiterating that scrapping of Article 370 had made Jammu and Kashmir an integral part of the country, Shah questioned Rahul's motive behind making such statements.

Maharashtra CM Fadnavis launched Mahajanadesh Yatra across the state ahead of the Assembly elections in the state. Home Minister Amit Shah first arrived at Silvassa and launched development schemes amounting to Rs 290 crore before addressing the rally in Solapur.