As per sources, the 80 kg used by the terrorists in the attack, was allegedly purchased from the Pakistan border. 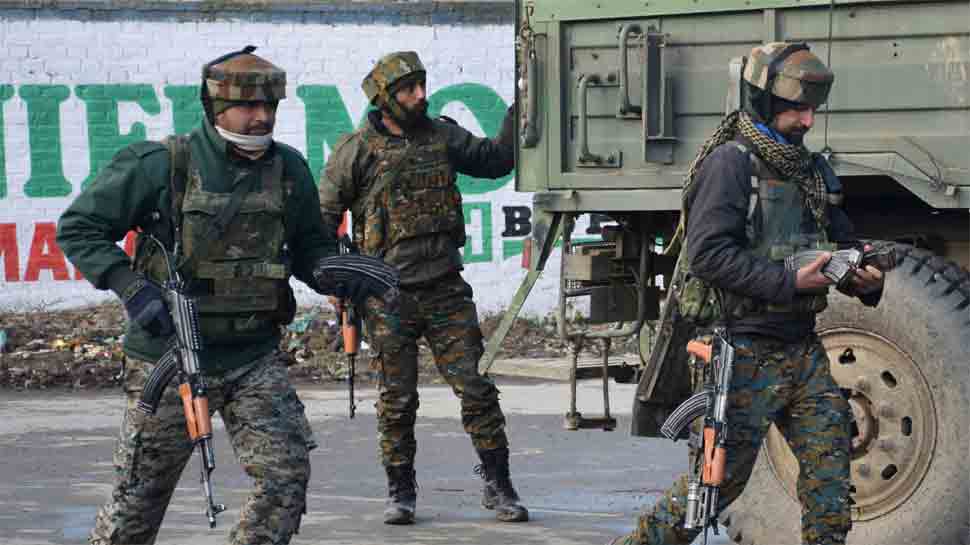 New Delhi: The deadly Pulwama attack, that claimed lives of 40 CRPF personnel, was being formulated by Jaish-e-Mohamammad terrorists from March 2018. As per sources, the process of collecting RDX began from July 2018 and the explosives were smuggled using cylinders and coal bags to Tral village of Pulwama.

According to sources, about 80 kg of RDX was used by the terrorists in the attack, which included Ammonium Nitrate and other chemicals. The group of 13 terrorists had infiltrated the border in March 2018 and smuggled the explosives via Poonch and later moved the RDX to west Shopian. From Shopian, the explosives were taken in cylinders and coal bags to Midora Tral in Pulwama.

As per sources, the 13 terrorists included Kamran and Rashid Ghazi, who were IED experts. Both Kamran and Ghazi were neutralised by the Indian Army on Monday.

Sources linked to the investigation claimed that RDX was allegedly purchased from the Pakistan border. When terrorists, after getting trained in Pakistan-based training camps, are sent across the border, they are given a small amount of RDX, hidden between coal.

According to sources, the conspiracy was hatched by the terrorists in Midora Tral, and that they planned to cause the maximum damage to the Indian army. Hence, they decided to launch an attack on the CRPF convoy instead of attacking their camps.

The Srinagar-Jammu highway, which was shut due to heavy snowfall for several days, was opened for public on February 14. It was the same day when CRPF convoy of 78 buses was making its way towards Srinagar.

The terrorists learnt about CRPF convoy's plan to cross the highway in the morning of February 14 following which Kamran and Rashid Ghazi filled a car with explosives. At around 3:30 pm, when the CRPF convoy was moving on the Jammu-Srinagar highway, suicide bomber Adil Ahmad Dar alias Waqas Commando carried out the deadly attack by ramming the explosives-filled car into the convoy.

Within 100 hours of the Pulwama attack on the CRPF convoy, the Indian Army eliminated the Jaish-e-Mohammad leadership in the valley that planned and executed the deadly carnage. Three JeM terrorists, including two Pakistani nationals, were killed on Monday in a 18-hour-long encounter in Pinglan village of Pulwama district, about 12 km from the site of Pulwama terror attack.

Two of the slain terrorists were identified as Kamran and Abdul Rasheed alias Ghazi, the divisional commanders of JeM for Pulwama, Tral and Awantipora areas of South Kashmir. The third one was Hilal, a resident of Pinglan in Pulwama.

Four Army personnel, including a major, were also killed, while Deputy Inspector General of Police (South Kashmir) Amit Kumar, a Brigadier, a Lt. Colonel, a Major and four other Army officials who were involved in the operation suffered injuries.

First of all, we have to break Pakistan into three pieces: Baba Ramdev