Assorted gold jewellery weighing approximately 700 grams was found in their possession. The total estimate of the recovered gold was Rs 24,24,218. 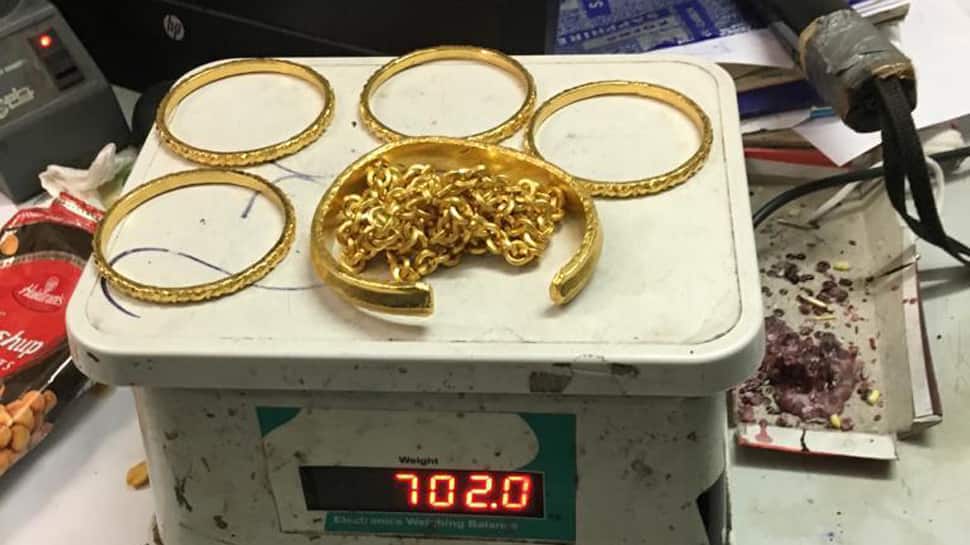 A couple was on Thursday arrested by customs officials at the Indira Gandhi International Airport in the national capital for allegedly smuggling gold worth more than Rs 24 lakh. The passengers were arrested at Terminal 3 of the IGI airport after they arrived from Dubai.

A release by the Office of the Commissioner of Customs (Airport & General) IGI airport said, “On the basis of suspicion, the officers of Customs Preventive, IGI Airport, New Delhi intercepted one male passenger and one female passenger, who had arrived at Terminal-3, IGI Airport, New Delhi on 29.08.2019 by flight No- SG012 dated 28.08.2019 from Dubai, after they had crossed the Green Channel.”

“A detailed search of their baggage and personal search resulted in the recovery of assorted Gold jewellery i.e., 04(Four) Gold Bangles, One (01) Gold Kada and Onc(01) Gold Chain,” the release further said.

Assorted gold jewellery weighing approximately 700 grams was found in their possession. The total estimate of the recovered gold was Rs 24,24,218.

The said recovered Gold Jewellery has been seized under Section 110 of the Customs Act, 1962. The passengers have been placed under arrest in terms of Section 104 of the Customs act, 1962.

Further investigation was under process till last report came in.