No confirmation yet if these bodies, mainly found buried at the Rautapur Ganga Ghat in Hajipur area, are of COVID-19 positive patients. 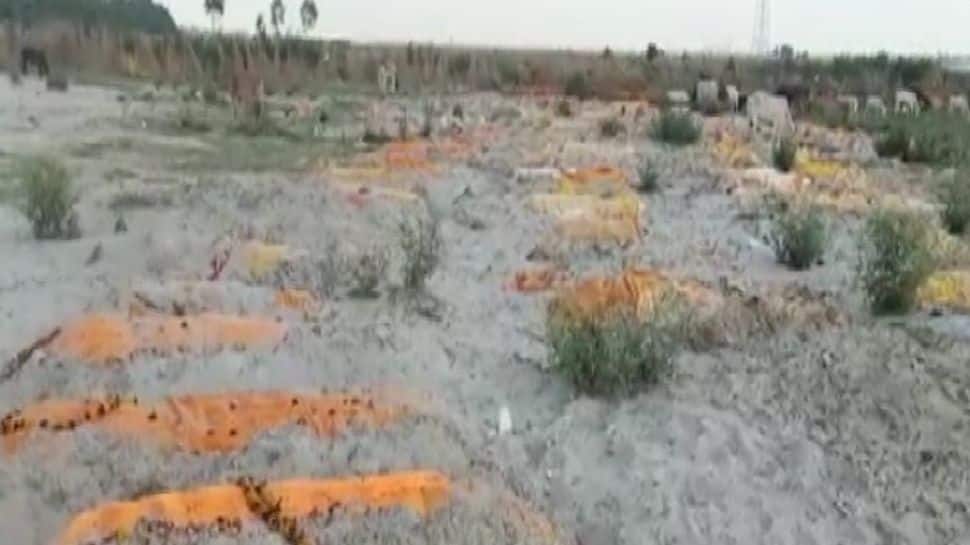 New Delhi: Day after scores of bodies were found floating in the Ganga river in eastern Uttar Pradesh and Bihar, now multiple bodies have been discovered buried in sand at two locations along the Ganga river in Unnao district in UP.

However, there has been no confirmation yet if these bodies, mainly found buried at the Rautapur Ganga Ghat in Hajipur area, are of COVID-19 positive patients. The administration said that inquiry will be carried out in the matter.

"Some people do not burn the bodies but bury them in the sand by the river. After I got information, I have sent officials to the spot. I have asked them to carry out an enquiry and we will take action,” Unnao District Magistrate Ravindra Kumar was quoted as saying by IANS.

"Our team has found buried bodies in an area far from river. Search being conducted for more bodies in other areas. I've asked team to carry out inquiry. Action will be taken accordingly," said DM (12.05) pic.twitter.com/qFT1tpfsjH

Several unidentified bodies were found floating in Ganga in UP and Bihar on Monday (May 10). On Wednesday, all the bodies recovered from the Ganga river in Ghazipur and Ballia districts were cremated and investigations were initiated to find out where the bodies had been immersed in the river.

Bihar Minister Sanjay Kumar Jha said on Wednesday that 71 bodies were taken out from the Ganges in Buxar district and their last rites were performed.

After the incident came to light, Union Jal Shakti Minister Gajendra Singh Shekhawat on Tuesday sought an investigation by both states. “Floating bodies in Ganga in Buxar, Bihar is unfortunate. It is surely a matter of investigation. [Narendra] Modi government is committed to maintaining piety and continuity of mother Ganga. States concerned must take cognizance of the matter immediately,” he had tweeted.