According to the Indian Railways, the special trains have been cancelled due to low occupancy and other operational reasons. 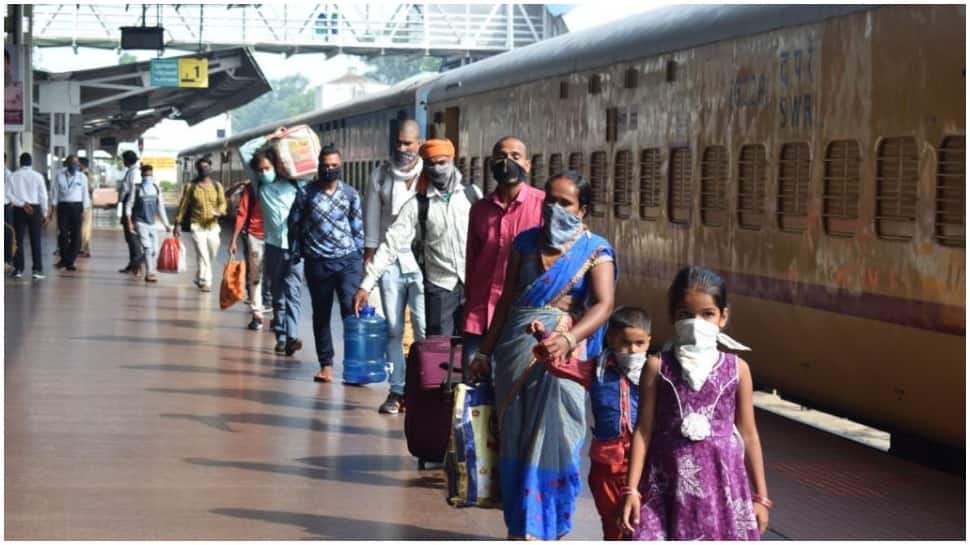 New Delhi: Amid the raging second wave of coronavirus in the country, the Indian Railways has decided to cancel several trains including Shatabdi Express, Rajdhani Express, Duranto, Vande Bharat and Jan Shatabdi Express from today (May 9, 2021).

According to the Northern Railway, the special trains have been cancelled due to low occupancy and other operational reasons.

Earlier, the Eastern Railway had decided to discontinue 16 trains from May 7 due to poor patronization, whereas, the South Central Railway (SCR) had also cancelled 10 trains scheduled to run between April 28 and June 1.

Check the list of special trains that have been cancelled starting May 9. 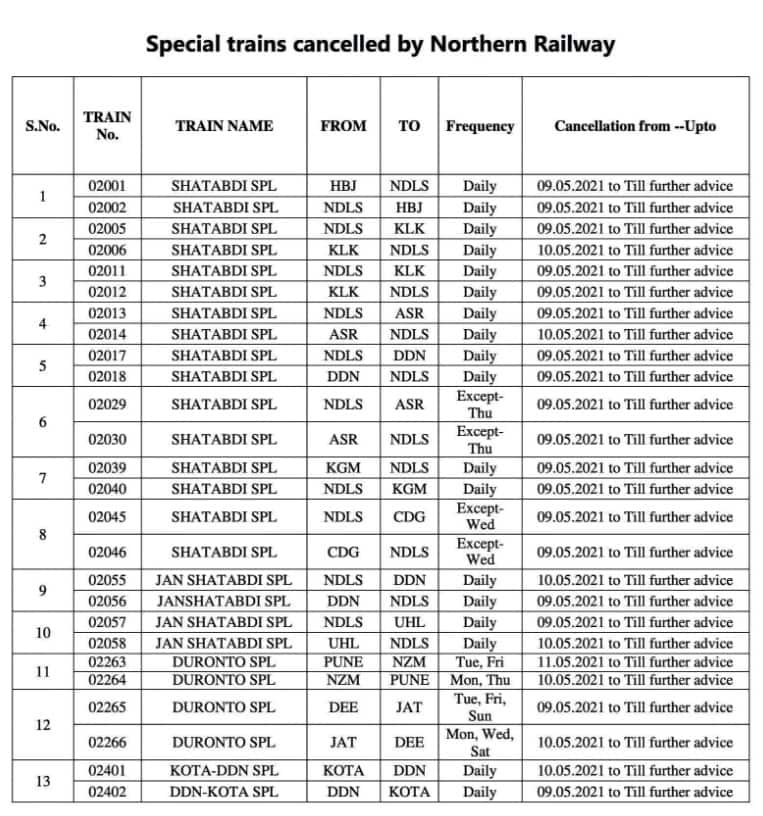 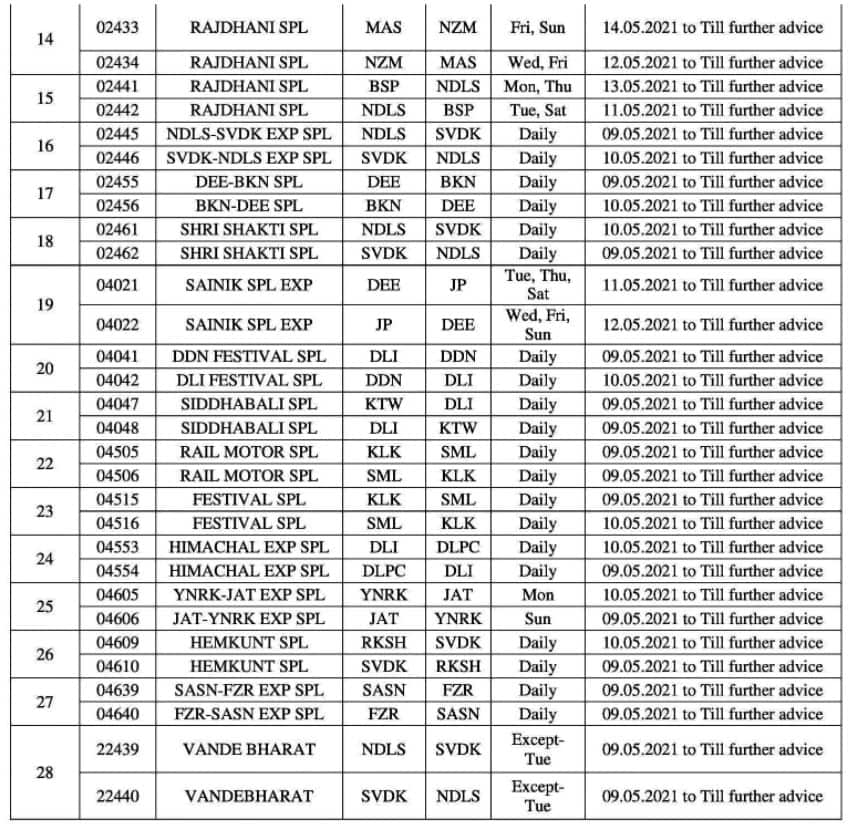 Meanwhile, India reported over new 4.01 lakh COVID-19 cases on Saturday that the country's total caseload to 2.18 crore. This was the third consecutive day that India has recorded more than four lakh fresh coronavirus infections. In the past 16 days, India has been recording over three lakh daily cases. While over 3,000 casualties have been reported for the last 10 days.

COVID-19: Goa to go under complete curfew from today, see what's allowed and what's not