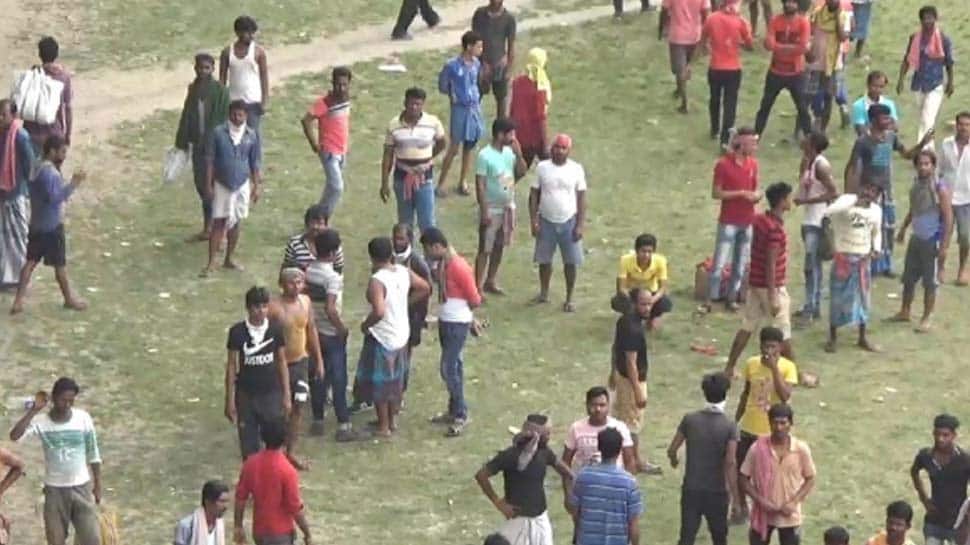 An inmate was killed on Saturday after massive clashes erupted inside the Dum Dum Jail in Kolkata, West Bengal, when inmates became upset over the closure of court due to the outbreak of Coronavirus, confirmed the police. Since the court won't be working, the judge will not be able to hear the bail pleas which have angered the jail inmates.

In addition to this, all inmates have been asking for masks and sanitisers.

Barrackpore CP Manoj Verma and other senior officials went inside the jail to bring the situation under control. Three fire tenders were rushed to the spot to douse the fire.

Massive firing and tear gas were also launched by the police. When last reports came in, the fire was still raging inside the jail premises. Cylinder blasts took place one after another.

While they were putting an injured inmate inside the ambulance, the police got trapped inside the jail. Several police officials have also been injured in massive stone-pelting.

After a lull, clashes broke out again. The agitated inmates went out of control and broke an inside gate. They came closer to almost the second gate. Some policemen were still inside when reports last came in.

The deceased received bullet injuries on the head and his body was being held by the other prisoners.

The ail inmates have also torched the blanket factory inside the Dum Dum jail.