On a day when Chief Minister Yogi Adityanath isolated himself after three members of his team tested COVID positive, at least 12 IAS officers in the state also contracted infection on Tuesday. 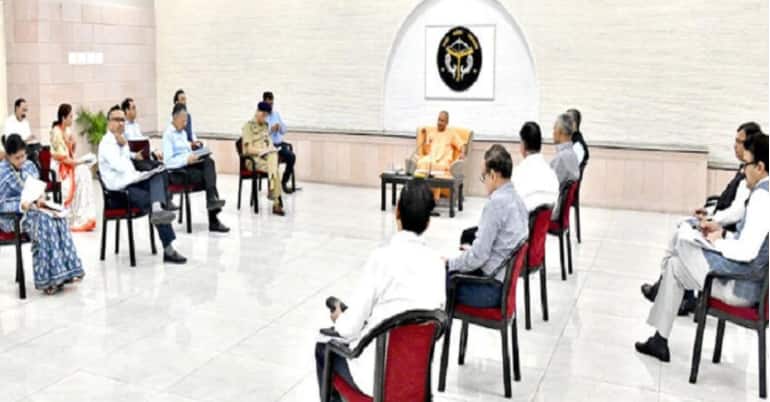 Lucknow: The Coronavirus pandemic's second wave seems to have hit bureaucrats in Uttar Pradesh in a big way. The COVID-19 has also not spared Chief Minister Yogi Adityanath, who on Wednesday said he has tested positive for COVID-19, and isolated himself on Tuesday after some officials in his contact tested positive for the infection.

On a day when Yogi Adityanath isolated himself after three members of his team tested Covid positive, at least 12 IAS officers in the state also contracted infection on Tuesday, said an IANS report.

20 officials in the finance department are learnt to have been hit by the coronavirus.

The majority of the officials are in home isolation and are being treated by medical teams. Chief Minister Yogi Adityanath`s OSD Abhishek Kaushik has also been tested COVID positive.

Among those who have succumbed to COVID in the past 24 hours, is Additional District Judge (ADJ) in Moradabad, Satya Prakash Dwivedi, who died on Tuesday. Dwivedi was under treatment at a Covid facility at Teerthanker Mahaveer University in Moradabad, the report said.

CM Adityanath tweeted, "After initial symptoms, I got myself tested. My report is positive. I am in self-isolation and following doctors' advice. I am doing all works virtually," advising those who came in his contact to get themselves tested and take precautions.

Adityanath had taken the first dose of Bharat Biotech's Covaxin on April 5. The immunity to the virus develops several days after the second dose.

Earlier, the CM had said, "Officials at my office tested positive for coronavirus. They were in touch with me. Therefore, as a precaution, I am isolating myself." He, however, had not identified the officials who were tested for the infection.

Yogi Adityanath was actively involved in election campaigning in West Bengal. Earlier on April 12, Yogi had attended a programme in the state capital with state Cabinet minister Ashutosh Tondon, who also tested positive.

Ensure no shortage of beds, ventilators in hospitals: UP CM Yogi Adityanath to district officials as COVID-19 cases spike