Under its impact, the coastal districts of Gangetic West Bengal, including North and South 24 Parganas, Kolkata, East and West Midnapore, Howrah and Hooghly are likely to experience light to moderate rain at many places with heavy downpour at isolated places on May 19. 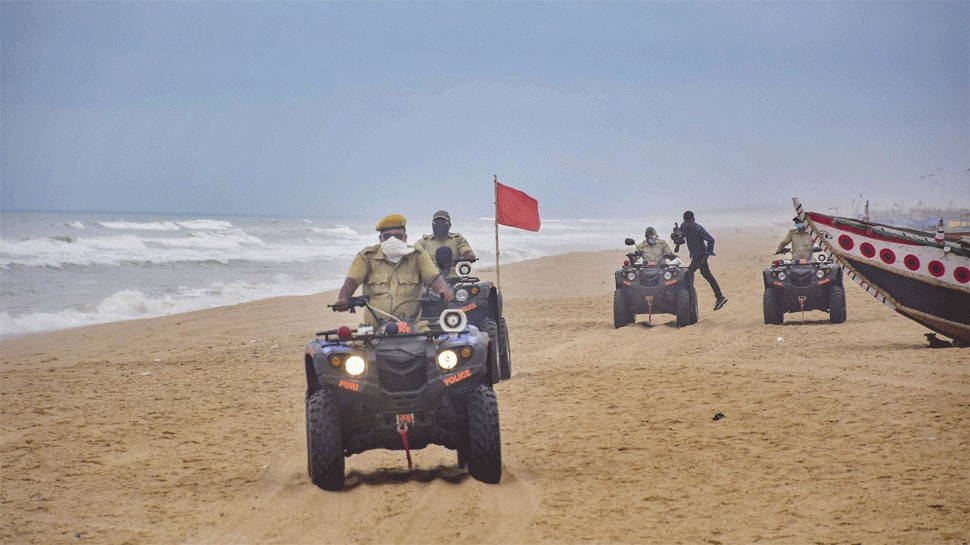 New Delhi: Cyclone Amphan, that has been circling over the Bay of Begal since last 48 hours, has gathered strength and intensified into a severe cyclonic storm, the MeT department said on Sunday (May 17). The weather forecast department said that the development has raised the likelihood of heavy rainfall coupled with high-velocity wind in several coastal districts of Odisha and parts of West Bengal.

According to MeT, Cyclone Amphan is likely to cross West Bengal-Bangladesh coasts between Sagar Islands in West Bengal and Hatiya islands in Bangladesh between afternoon and evening of May 20 as a very severe cyclonic storm.

Under its impact, the coastal districts of Gangetic West Bengal, including North and South 24 Parganas, Kolkata, East and West Midnapore, Howrah and Hooghly are likely to experience light to moderate rain at many places with heavy downpour at isolated places on May 19. On May 20, rainfall will occur in many places over the districts in Gangetic West Bengal, with heavy to very heavy downpour in North and South 24 Parganas and East Midnapore districts.

In Odisha, 'Amphan' is likely to trigger heavy rainfall in some parts of Gajapati, Ganjam, Puri, Jagatsinghpur and Kendrapara districts, while moderate rainfall will lash other coastal areas Monday onwards.

Light to moderate rain or thundershower is likely to occur at most places over coastal Odisha, while heavy to very heavy rainfall will lash some places over the coastal areas on Tuesday and Wednesday.

Here are some of the key developments that took place ahead of Cyclone Amphan making a landfall:

Fishermen have been advised not to venture into north Bay of Bengal along and off West Bengal-Odisha coasts from May 18 to 21 and those who are out in the sea, were asked to return to coasts by May 17.

Distant Warning Signal No.2 (DC-2) was hoisted at all ports of Odisha.

In Odisha, arrangements have been made to shift around 11 lakh people from vulnerable areas to safe places. Odisha Disaster Rapid Action Force (ODRAF) and fire service personnel have been sent to the districts.

At least 17 NDRF teams have been sent to several districts in Odisha and West Bengal to deal with the approaching cyclone. One team of NDRF consists of around 45 personnel.

The Odisha government ha earlier predicted that around seven lakh people in 649 villages along the sea coast are likely to be severely affected due to the cyclone Amphan. CM Naveen Patnaik has appealed to the people not to panic and cooperate with the administration.

The National Crisis Management Committee (NCMC) on May 16 reviewed the preparedness for the impending cyclone and directed immediate assistance to West Bengal and Odisha.