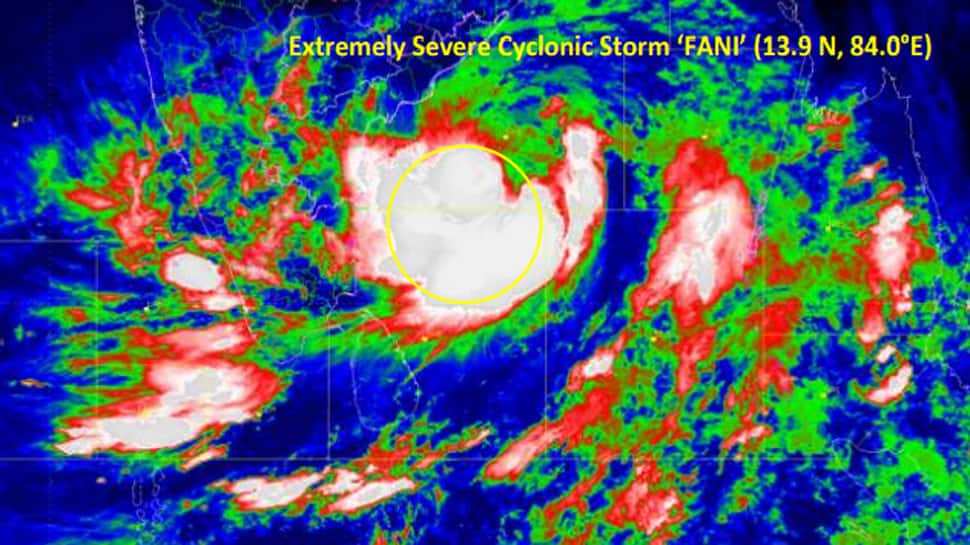 The India Meteorological Department (IMD) has said in its latest bulletin that Cyclone Fani over west central Bay of Bengal, which had moved north-northeastwards by Wednesday evening, was just over 500 kilometres from Puri in Odisha by around midnight.

Latest on #CycloneFANI. System is approximately 164 km ESE of Vizag as of now. The central pressure of the system is 958 hPa. Max sustained winds around the system centre is 200Kmph. Moved slowly in a Northerly direction in last one hour @nsitharaman @PMOIndia @NDRFHQ @ndmaindia pic.twitter.com/53yQf7tsFR

The security helpline number is 182.