Cyclone Fani is expected to make landfall close to Gopalpur near Puri at around 9:30 AM on Friday. 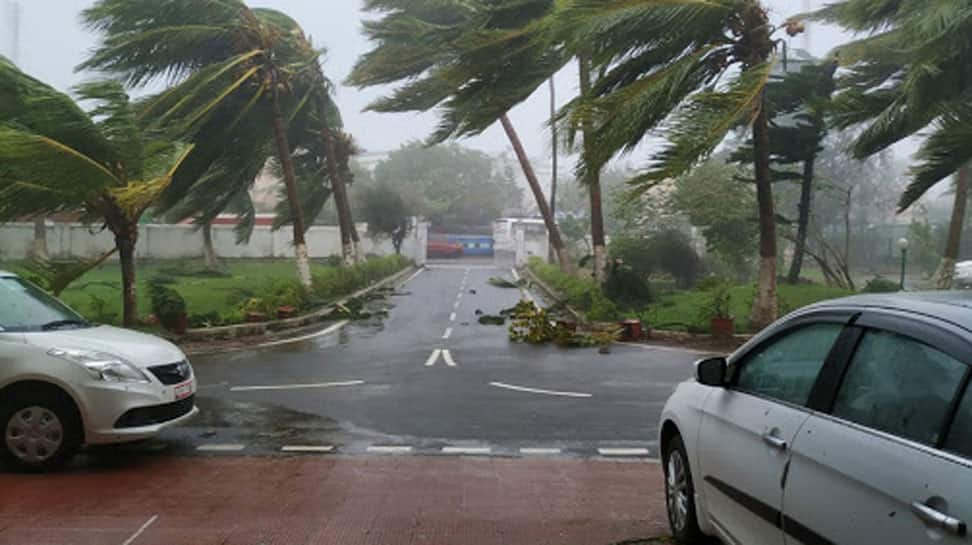 NEW DELHI: In view of Cyclone Fani, which is expected to make landfall close to Gopalpur near Puri at around 9:30 AM on Friday, the Ministry of Home Affairs (MHA) has set up a control room and started a helpline number 1938 for giving more updates about the cyclone.

The Home Ministry informed that it has set up a control room and anyone who needs assistance or updates on Cyclone Fani can call on the helpline number 1938.

Cyclone Fani, the most severe storm since the super cyclone of 1999 that killed 10,000 people in Odisha, is expected to hit the coast south of Puri around 8.30 AM.

The landfall is likely to continue till noon and, after that, the cyclone is expected to move north-westwards and gradually weaken as it reaches West Bengal by early Saturday morning.

The Odisha government has already evacuated lakhs of people from the coastal areas to camps on higher grounds.

The Army, Navy, Air Force, Coast Guard and disaster management agencies are on fully prepared and on standby.

In the meeting, after reviewing the emerging situation, PM instructed senior officers of the central government to maintain close coordination with officers of the affected states. He also asked them to ensure preventive measures, and also to take effective steps for relief and rescue operations, as required.

Cyclone Fani is expected to hit the coast of Odisha on Friday and several coastal districts in the state as well as in West Bengal, Andhra Pradesh and Tamil Nadu could witness heavy to very heavy rainfall accompanied by winds with triple-digit speeds.

Nearly eight lakh people are being evacuated from low-lying areas of the state as a precautionary measure.

East Coast Railway said that as many as four trains have been cancelled while another three have been diverted due as precautionary measures in the wake of Cyclone Fani.