According to the India Meteorological Department, the two coastal states will witness rains on Sunday and Monday. 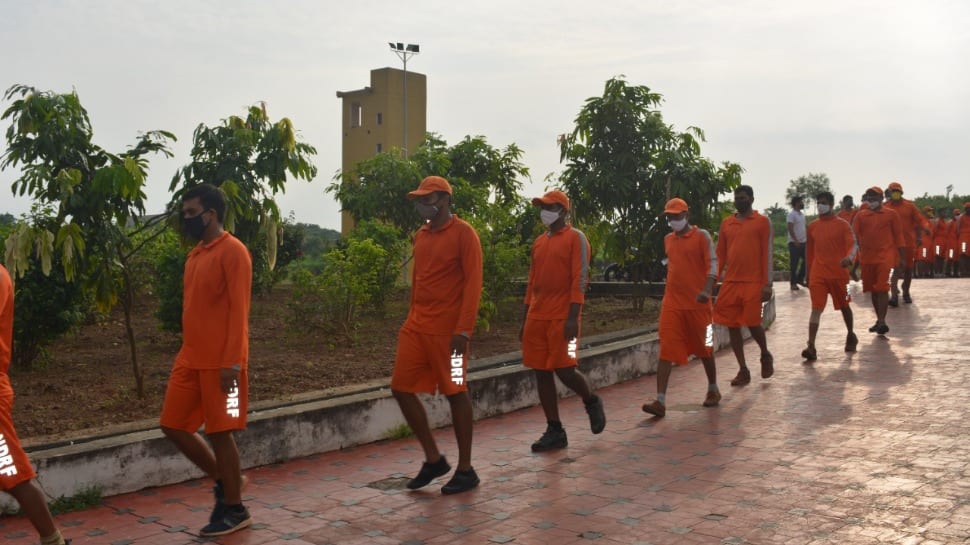 New Delhi: The Cyclonic Storm 'Gulab' is set to hit Odisha and Andhra Pradesh on Sunday (September 26, 2021) and is currently about 180 km East-Southeast of Gopalpur (Odisha) and 240 km East-northeast of Kalingapatnam (Andhra Pradesh). According to the India Meteorological Department (IMD), Cyclone Gulab is likely to move nearly westwards and cross north Andhra Pradesh - south Odisha coasts between Kalingapatnam and Gopalpur, as a Cyclonic Storm with maximum sustained wind speed of 75-85 kmph gusting to 95 kmph around mid-night.

The forecast track and intensity of Cyclone Gulab are given below:

Earlier in a weather bulletin released at 1:30 AM, the weather department had warned that light to moderate rainfall at most places with heavy to very heavy falls at a few places and extremely heavy falls at isolated places is very likely over south Odisha and north coastal Andhra Pradesh on Sunday.

The IMD has predicted that heavy to very heavy falls at isolated places is also likely over Telangana.

During the time of landfall, a Tidal wave of about 0.5 m height above the astronomical tide is likely to inundate low lying areas of Srikakulam, Sompeta, Vizianagaram and Ganjam districts.

Meanwhile, as many as 42 teams of the Odisha Disaster Rapid Action Force (ODRAF) and 24 squads of the National Disaster Response Force (NDRF), along with about 102 teams of fire brigade personnel, have been dispatched to the seven districts -- Gajapati, Ganjam, Rayagada, Koraput, Malkangiri, Nabarangpur and Kandhamal. Five NDRF teams have also been deployed in Andhra Pradesh.

COVID-19 taught us we are stronger and better when together: PM Narendra Modi at Global Citizen Live