Cyclone Gulab made landfall over north coastal Andhra Pradesh and adjoining south coastal Odisha on Sunday evening, the weather department predicts it will likely weaken into 'deep depression' in next 6 hours. 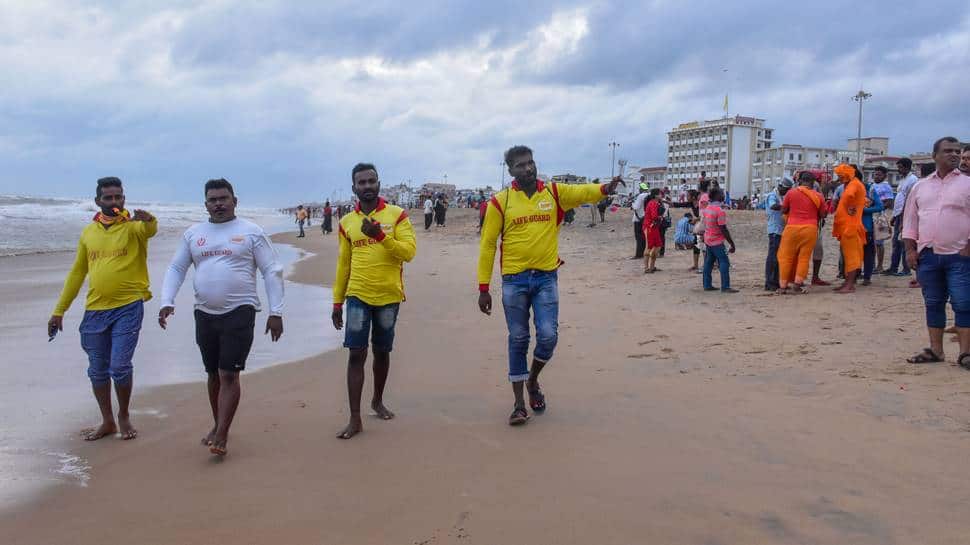 New Delhi: Cyclone Gulab made landfall over north coastal Andhra Pradesh and adjoining south coastal Odisha on Sunday evening, bringing heavy rains along with strong winds. The landfall took place between Kalingapatnam in Andhra Pradesh and Gopalpur in Odisha around 6 PM. The process will continue for next two to three hours, said the India Meteorological Department (IMD) predicted.

The cyclone is likely to impact Srikakulam, Vizianagaram and Visakhapatnam districts in north coastal Andhra. In Bhubaneswar, Met Centre scientist said that the cyclone will have major impact on Ganjam and Gajapati districts of Odisha. Besides, districts like Rayagada, Malkangiri, Koraput, and Nabarangpur would also witness heavy windfall of 55-65 kmph gusting to 75 kmph.

Issung an alert the IMD said, "Strong winds and very heavy/extremely heavy rainfall are likely to damage thatched huts, cause minor damage to power and communication lines due to breaking of branches and uprooting of trees, cause major damage to Kutcha and minor damage to pucca roads, some damage to paddy crops, banana, papaya trees and orchards, and there could be sea water inundation in low-lying areas after erosion of embankments, localised flooding of roads, inundation and water-logging in low-lying areas and closure of underpasses mainly in urban areas of the region."

Odisha: Two NDRF teams have been deployed in Gumma & Gosani blocks in Gajapati district in view of Cyclone Gulab

"We have all the equipment needed in situations like Cyclone & flood & will tackle the situation accordingly," Vishwanath Chaudhari, NDRF Team Commander in Gosani pic.twitter.com/qvbOdugVIT

Also, Indian naval ships and aircraft are on standby for rescue and relief operations in the areas likely to be affected by the cyclone.

The entire coastal region has been put on alert in view of the impact of cyclone. The district administration have opened control rooms monitor the situation. Authorities are evacuating people from low-lying areas and shifting them to relief centres.

As sea condition will be rough to very rough, fishermen have been advised not to venture into sea till September 27.