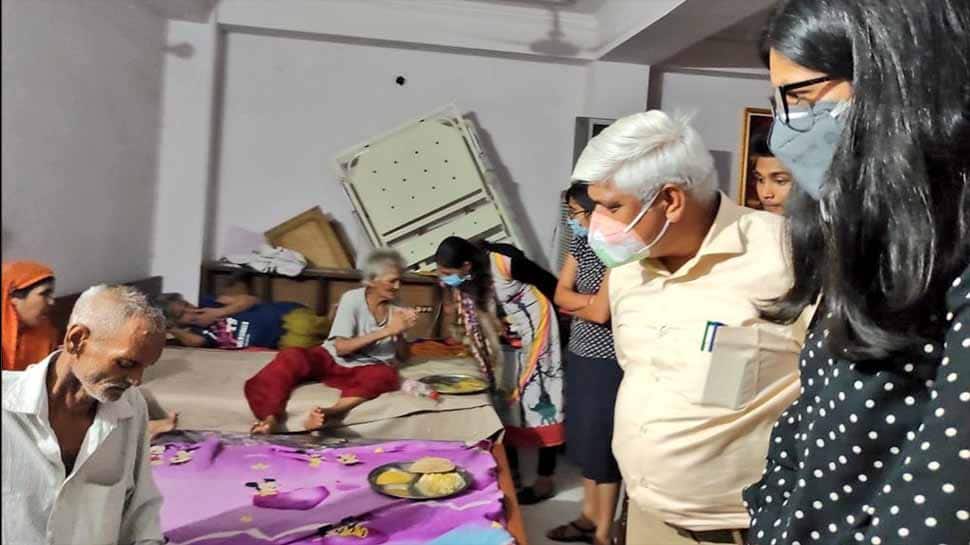 The Delhi Commission for Women on Friday (July 31, 2020) conducted a surprise inspection at an old age home at Nangloi where they found 19 differently-abled senior citizens living in pitiable conditions.

According to a statement from the DCW, "Around 20 specially-abled senior citizens kept in unhygienic and pitiful conditions. They also complained of being held captive and getting beaten up."

The inspection was conducted after the panel got an information about the plight of the people in the old age home which is run by an NGO.

Delhi Minister Rajendra Pal Gautam in a tweet in Hindi wrote about the surprise inspection and the unsanitary ocnditionsof the inmates at the old age home. His tweet roughy translated to: "In a small room, 19 elderly differently abled are living miserably at an old age home run by NGO in Nangloi. On notice, Swati Maliwal and I just conducted a surprise inspection. They tie up the elderly and beat them up. Will take strong action against the guilt and will also help to rehabilitate the senior citizens."

The conditions were unhealthy and unsanitary, the rooms were smelly and the toilets were also stinking. Male and female senior citizens were found on the same bed, no social distancing rules were maintained.

The minister has ordered immediate probe into the matter. All the senior citizens will now be shifted to another place.