Dead bodies in rivers: Experts say transmission of COVID-19 through water not a concern

Experts have assured that the novel coronavirus cannot be transmitted through water after reports of bodies of suspected COVID-19 patients were fished out of rivers in Bihar and Uttar Pradesh. 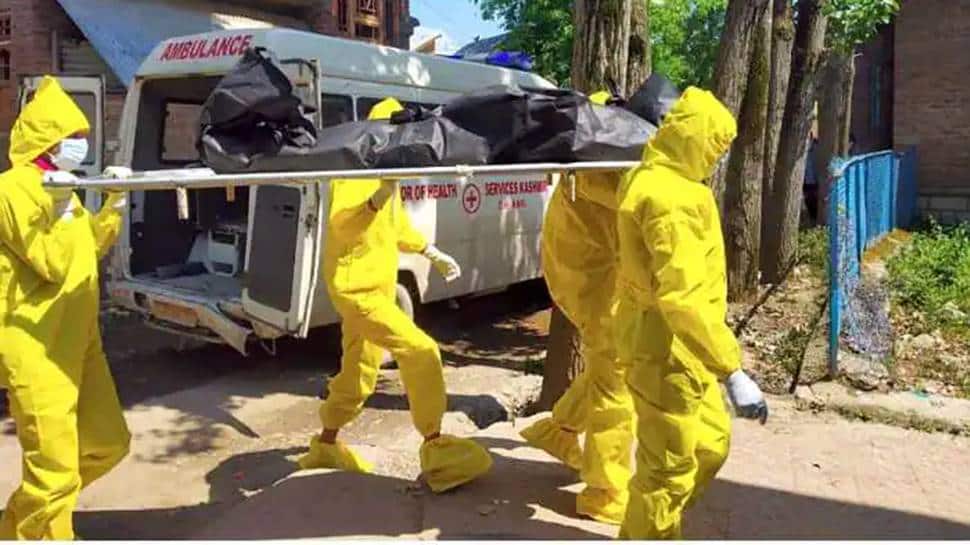 New Delhi: After reports of bodies of suspected COVID-19 patients were fished out of the Ganga and Yamuna, experts on Wednesday said that the transmission of coronavirus through water is not a concern.

The question arose after concerns were raised on the dumping of dead bodies of suspected COVID-19 victims in the Ganga or its tributaries or sub-tributaries. As the Ganga and Yamuna are key sources of drinking water for many villages, the matter is being viewed seriously.

Though, it has been stressed that dumping of bodies in rivers will not have a significant effect on transmission.

In a press briefing on May 7, V K Paul, Member (Health), Niti Aayog had said, "Spread of transmission through water is not a concern. Not to worry."

While Principal Scientific Adviser K VijayRaghavan said there is no worry about transmission through such mediums. "Primary transmission happens when people speak, or when two people are in close proximity and if the droplets drop on any surface come in contact with the other person then it can spread through water," he had said.

"But mostly it spreads through aerosol. It also depends on airflow. There is no need to worry. It dilutes in the water to an extent that there is little danger of transmission," Raghavan added.

On Tuesday, the Bihar government fished out 71 bodies from the Ganges in Buxar district raising suspicion that the abandoned corpses could be those of COVID-19 patients.

While in Uttar Pradesh's Ballia, residents say at least 45 bodies were seen floating at the Ujiyar, Kulhadia and Bharauli ghats in the Narahi area.

On Monday, residents in Hamirpur district spotted five bodies floating in the Yamuna, creating a scare that these were bodies of COVID-19 patients. The bodies were later fished out and cremated.

Meanwhile, the Centre had asked states along the Ganga river to ensure strict vigilance and check for future incidences of people dumping bodies in Ganga and its tributaries.