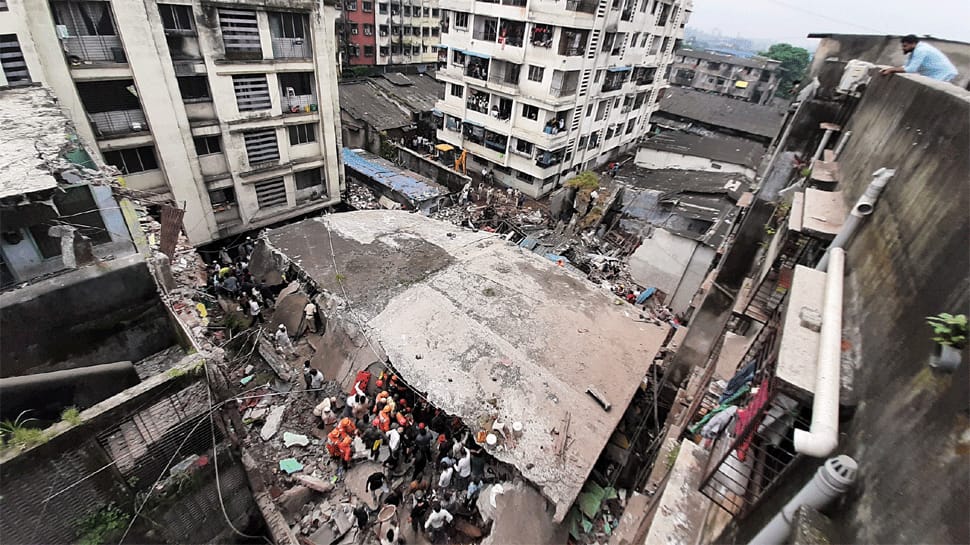 "Death toll rises to 17 in the Bhiwandi building collapse, which took place in Thane district of Maharashtra on Monday," according to the rescue agency.The NDRF said a total of 20 people have been rescued so far including seven children.

According to the information, the building was in a dilapidated condition. The building at Bhiwandi, a powerloom town around 10 km from Thane, had 40 flats and around 150 persons lived there, an official said.

The incident took place at 3.45 am when people were fast asleep. The NDRF team, fire brigade and police teams was immediately rushed to the spot.

Bhiwandi DCP Rajkumar Shinde said offences under sections 337,338,304 (2)of the IPC were registered against the owner of building Syyed Ahmed Jilani following a complaint by the civic officials after the collapse. The police officer ruled out any possibility of finding more people/bodies in the debris. Jilani is said to be on the run following the collapse of the structure.

Two civic officials have been suspended in connection with the collapse and an offence has been registered against the building owner, an official said.

Taking to Twitter the President said, "The loss of lives in the building collapse at Bhiwandi, Maharashtra is quite distressing. In this hour of grief, my thoughts and prayers are with the accident victims. I wish speedy recovery of the injured. Local authorities are coordinating rescue and relief efforts."

"Saddened by the building collapse in Bhiwandi, Maharashtra. Condolences to the bereaved families. Praying for a quick recovery of those injured. Rescue operations are underway and all possible assistance is being provided to the affected," the Prime Minister said in a tweet.

Expressing sadness over the incident, Home Minister Amit Shah said, ''Anguished to learn about the tragic collapse of a building in Bhiwandi, Thane (Maharashtra). NDRF is already on the ground and is assisting with the rescue operations. My deepest condolences are with the bereaved families, praying for the speedy recovery of those injured.''

Maharashtra Chief Minister Uddhav Thackeray expressed pain over the collapse and instructed the administration to ensure proper rescue operation and treatment to the injured, his office said.Maharashtra Minister Eknath Shinde visited the site of incident on Monday.