Union Defence Minister Rajnath Singh launched a portal for 'Opportunities For Make In India In Defence' via video conferencing facility as part of 'Atmanirbharta Saptah’ on Friday (August 14). 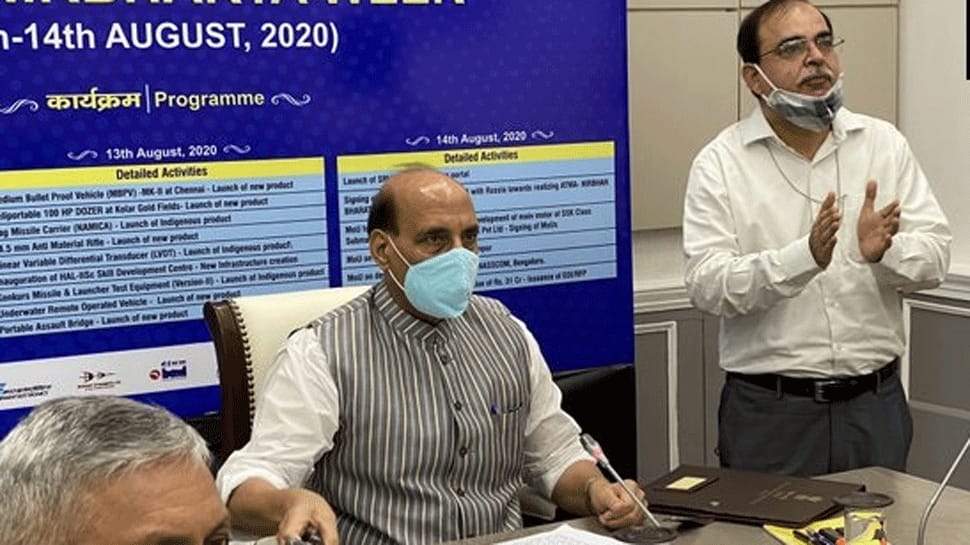 The two products have been launched as a part of "Atmanirbhar Bharat" week being celebrated from August 7 to 14, 2020. The Konkurs Missile Test Equipment (KMTE) is designed for checking the serviceability of Konkurs - M Anti-Tank Guided Missiles.