This will strengthen India's capability against aerial threats to its aircraft carriers and large warships. 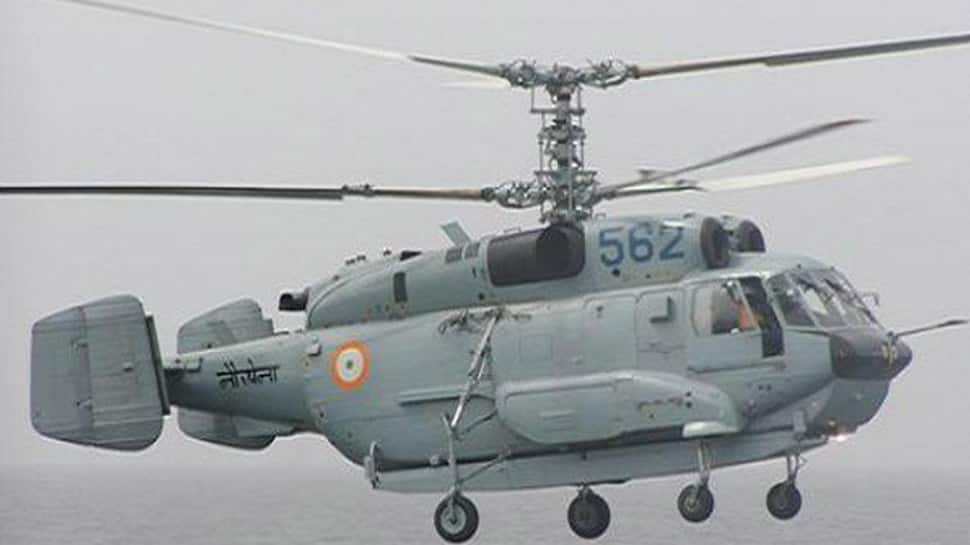 The Defence Ministry on Friday cleared the acquisition of 10 Kamov-31 choppers from Russia, a proposal by the Indian Navy. The choppers cost around Rs 3,600 crore.

This will strengthen India's capability against aerial threats to its aircraft carriers and large warships. 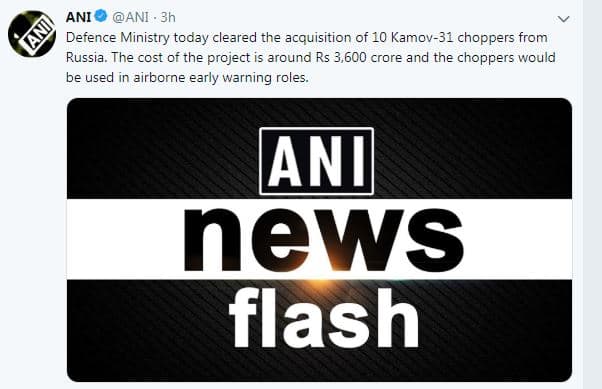 The Navy already has a fleet of 12 of these Kamov-31 choppers which sanitise the air space around the aircraft carriers and destroyers operating in open seas.

For the anti-submarine warfare operations, the Navy has a fleet of Russian Kamov-28 choppers along with the Seaking choppers which were procured in the 1980s and are in need of an upgrade.