Union minister Anurag Thakur in the rally egged on the crowd to raise the incendiary slogan after he lashed out at anti-CAA protestors. 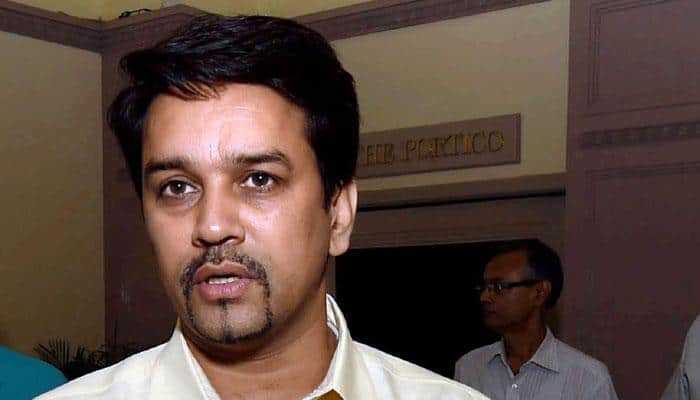 Delhi's Chief Electoral Officer (CEO) has sought a report from the returning officer of Rithala constituency over Union Minister and BJP MP Anurag Thakur’s speech at an election rally during which crowd raised an incendiary slogan "traitors should be shot".

The Union minister Anurag Thakur in the rally egged on the crowd to raise the incendiary slogan after he lashed out at anti-CAA protestors.

The incident has triggered a row, drawing a sharp reaction from the Congress which demanded that the Election Commission (EC) take action against Thakur.

A senior official in the Delhi CEO Office told PTI, "We have taken cognisance of the incident and have sought a report from the district election officer. However, we have not received any complaint so far."

Thakur shouted, "desh ke gaddaron ko" to which the crowd responded "goli maro sa*** ko" (shoot down the traitors), while addressing the meeting in support of BJP candidate from Rithala, Manish Chaudhary.

The BJP MP also raised the pitch of nationalism as he linked opposition parties with anti-CAA protests in Shaheen Bagh and with alleged anti-India slogans, and then asked the crowd to raise the controversial slogan.

The Assembly elections in Delhi are scheduled to take place on February 8. The votes will be counted on February 11.

In 2015 Assembly polls, the Aam Aadmi Party had registered a landslide victory by winning 67 out of a total of 70 seats in the national capital.