Additional Chief Metropolitan Magistrate Ravindra Kumar Pandey also imposed a fine of Rs one lakh on the Aam Aadmi Party (AAP) leader. Bharti, however, was granted bail to enable him to file an appeal before the high court against his conviction in the case and jail term. 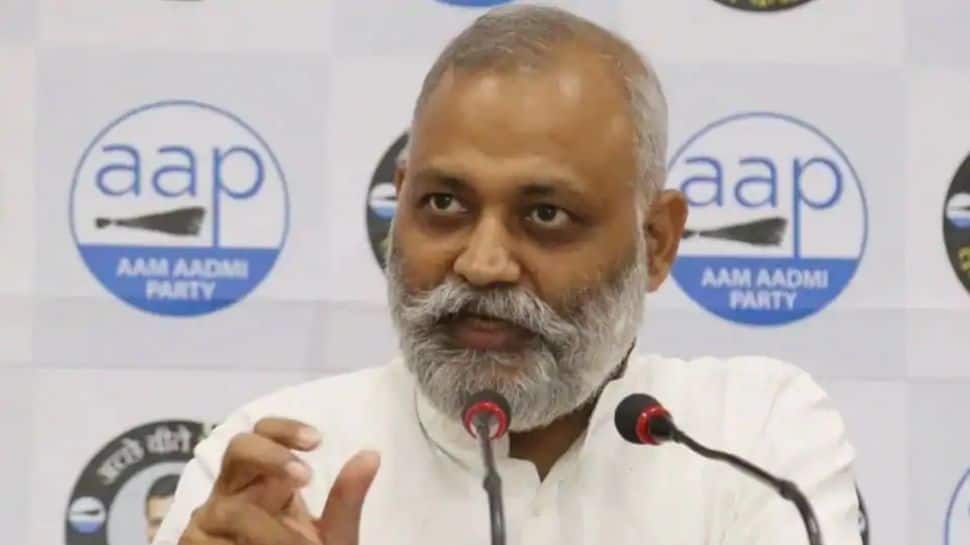 New Delhi: A court here on Saturday (January 23) sentenced AAP MLA Somnath Bharti to two years in jail for assaulting the AIIMS security staff in a case registered in 2016.

Bharti, however, was granted bail to enable him to file an appeal before the high court against his conviction in the case and jail term.

According to the prosecution, on September 9, 2016, Bharti, along with nearly 300 others, brought down the fence of a boundary wall at the All India Institute of Medical Sciences (AIIMS) here with a JCB operator.

"The court is of the considered view that the prosecution has duly proved its case beyond all reasonable doubt against accused Somnath Bharti," the magistrate said.

The court convicted Bharti for various offences under the Indian Penal Code (IPC), including under sections 323 (voluntarily causing hurt), 353 (assault or use of criminal force to deter public servant from discharge of his duty) and 147 (rioting).

It also held the AAP MLA guilty under section 3 (mischief causing damage to public property) of the Prevention of Damage to Public Property Act. The offences carry a maximum punishment of five years in jail.

The court, however, acquitted Bharti's associates and co-accused -- Jagat Saini, Dileep Jha, Sandeep Sonu and Rakesh Pandey -- citing a lack of evidence against them.

The case was lodged on the basis of a complaint from R S Rawat, Chief Security Officer, AIIMS.

Bharti had told the court that police officials and other witnesses had deposed against him in order to falsely implicate him in the case.