The Delhi High Court's Double Bench of Justice Naghmi Waziri and Justice Jayant Nath on Wednesday heard the Mukherjee Nagar case, in which three Delhi Police personnel had publicly thrashed the driver of a tempo and his son. 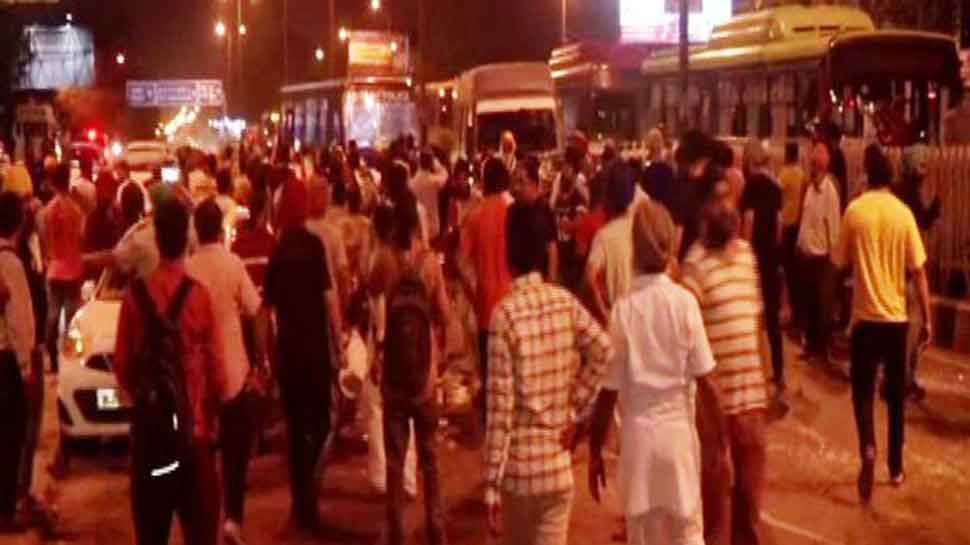 The Delhi High Court's Double Bench of Justice Naghmi Waziri and Justice Jayant Nath on Wednesday heard the Mukherjee Nagar case, in which three Delhi Police personnel had publicly thrashed the driver of a tempo and his son.

During the hearing, the petitioner's lawyer accused the Delhi Police of misusing its power. The lawyer said that the tempo driver had a small argument with the policemen. The judge then asked the lawyer of the petitioner to explain how can she say that it was a small argument between the two sides. The lawyer responded by saying that they have video, which is also available online. The video of the incident was then played out in the court and honourable judges watched the video on a laptop.

The lawyer for Delhi Police then informed the court that two FIRs have been registered by the police in connection with this case. He informed the HC that one FIR has been filed by tempo driver Sarabjit and second FIR has been filed by Delhi Police. The lawyer also told the HC that the Joint Commissioner of Police is monitoring the case, which has been transferred to the Crime Branch.

After watching the video, the judges asked the Delhi Police lawyer whether he has seen the video. The judge said that how can policemen drag a child on the road and thrash him brutally. The HC said that action should be taken not only against the three policemen who were involved in this incident but against the whole department.  The court also ordered the Joint Commissioner of Police to file a report in this matter within seven days.

It is to be noted that petitioner Dr Seema Singhal has urged the court to transfer the case to CBI so that the victims can get justice. She has also urged the court to give compensation to the tempo driver and start a departmental inquiry against the policemen who are involved in this incident.

The incident happened on Sunday and according to ANI the three policemen had thrashed the driver and his son after dragging them out of their vehicle. It is alleged that the policemen thrashed the duo for "no reason". The police, however, blamed the tempo driver for the incident claiming that he attacked a police officer with a sword and injured another with his tempo.

Meanwhile, Assistant Sub-inspector Sanjay Malik and Devendra and constable Pushpendra, who were involved in this incident, were suspended by Deputy Commissioner of Police (Northwest Delhi) Vijyanta Arya on Monday after the video of the incident went viral sparking huge public outrage.