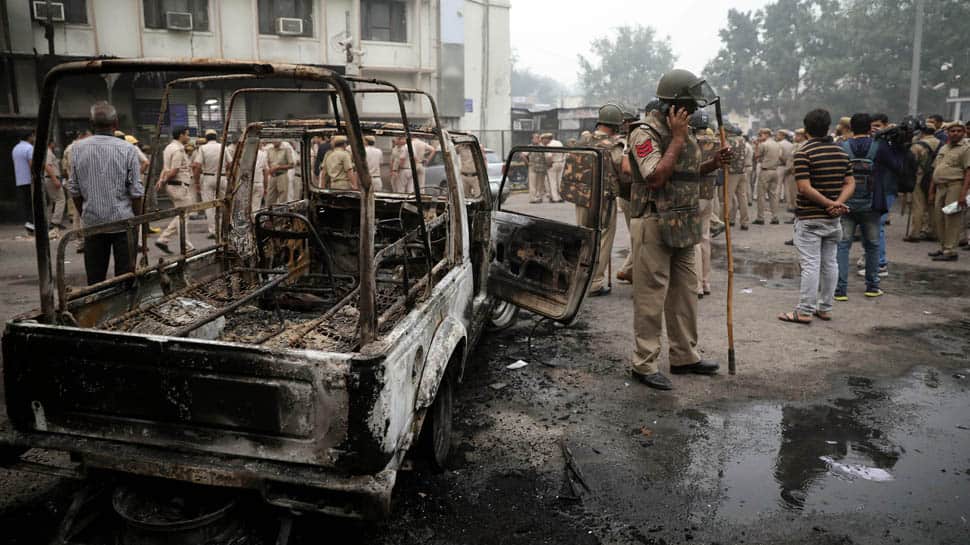 The court has asked concerned parties to appear during the hear at 3 PM and present their arguments in this matter. The Delhi High Court said that we held discussions over this matter for around four hours on Saturday. The court noted that it was focused on defusing the situation and said that it should be collective efforts from all parties.

The chief justice took the step after holding closed-door meeting with Commissioner of Police Delhi, judges of the administrative committee and District judge Tis Hazari court. It is learnt that additional solicitor general, standing counsel Delhi government, Delhi Bar council president and others will be present in the court for the hearing. Additional Sessions Judge Pinki also inspected the incident spot on Sunday.

A special investigation team (SIT) has also been formed by the police to probe the incident in which 20 policemen and eight lawyers were injured on Sunday. According to police, the lawyers also destroyed twelve motorcycles, one Gypsy van and eight jail vans and they also set some vehicles on fire. The lawyers, however, claimed that police opened fire on them and four of their colleagues got injured due to police's action.

West Bengal BJP announces its candidates name for the by-polls