The ceremony will begin at 2 pm and will continue till 6:30 pm and the general  traffic will be restricted at Vijay Chowk area. Metro services will also be hit as the entry and exit will remain closed at Central Secretariat and Udyog Bhawan during this time. 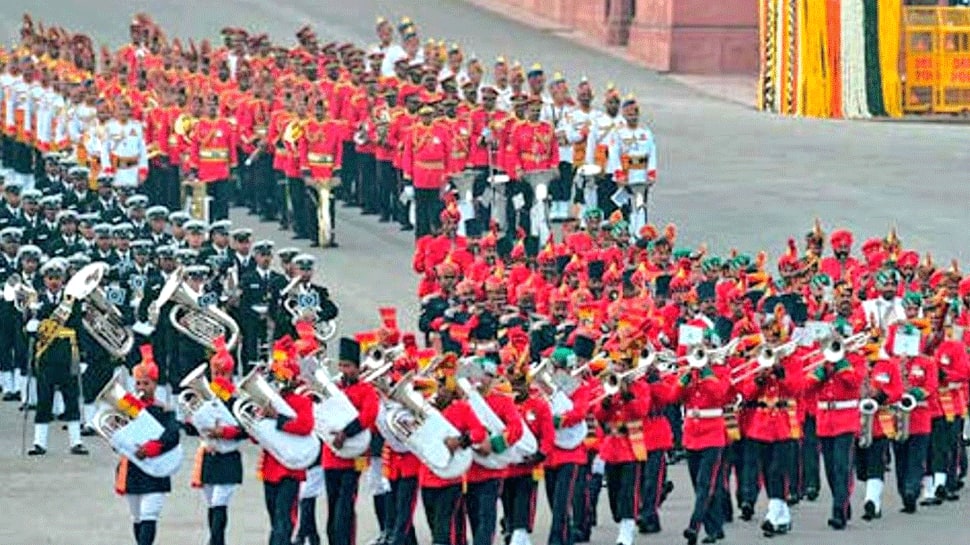 New Delhi: The Delhi police on Tuesday issued traffic advisory for the Beating Retreat ceremony going to be held at at Vijay Chowk on January 29. Delhi Traffic Police in a statement said that it has made elaborate arrangements for the ceremony and illumination of Rashtrapati Bhawan, North Block, South Block, and Parliament House.

The area between Vijay Chowk and ‘C’ – Hexagon which will also remain pedestrianized, informed the Delhi traffic police.

Metro services will also be hit as the entry and exit will remain closed at Central Secretariat and Udyog Bhawan from 2 pm to 6.30 pm.

The bus route will also remain diverted from their normal routes to facilitate the vehicles of invitees and spectators and to avoid traffic congestion on roads around the venue of the ceremony and India Gate.

Know about the bus routes here:

2. Buses bound for Central Sectt. will terminate at UdyanMarg and return via Kali Bari Marg-MandirMarg-Shankar Road.

4. Buses coming from South Delhi on Tughlaq Road and bound for Connaught Place/Central Sectt. will be diverted from AurobindoChowk to Safdarjung Road- Kamal Ataturk Marg-PanchsheelMarg – Simon BoliverMarg and follow the route as mentioned at Sl. No.1.

5. Buses coming to Mandi House and Feroz Shah Road and proceeding to Connaught Place via Barakhamba Road will terminate at Shivaji Stadium and return via Kasturba Gandhi Marg/Barakhamba Road.

However, the parking is made available for the public after 7 pm behind the water channels between Rafi Marg and ‘C’ Hexagon.

Delhi police has issued a general instruction for the public which stated that in case of any unidentified object or suspicious persons being seen, information must be conveyed to the nearest policeman on duty.

The century-old tradition of beating retreat ceremony culminates the Republic day celebrations on January 29 every year. President Ram Nath Kovind and Prime Minister Narendra Modi will also be taking part in the ceremony.

The celebrations include a performance by the bands of three wings of the military - The Indian Army, Indian Navy and Indian Air Force at Raisena Hills, Vijay Chownk.