Delhi Police is also going to ask Twitter and Facebook to ban fake social media accounts involved in spreading proactive messages on CAA, including those which were used to spread fake news during protests in Jamia and Seelampur. 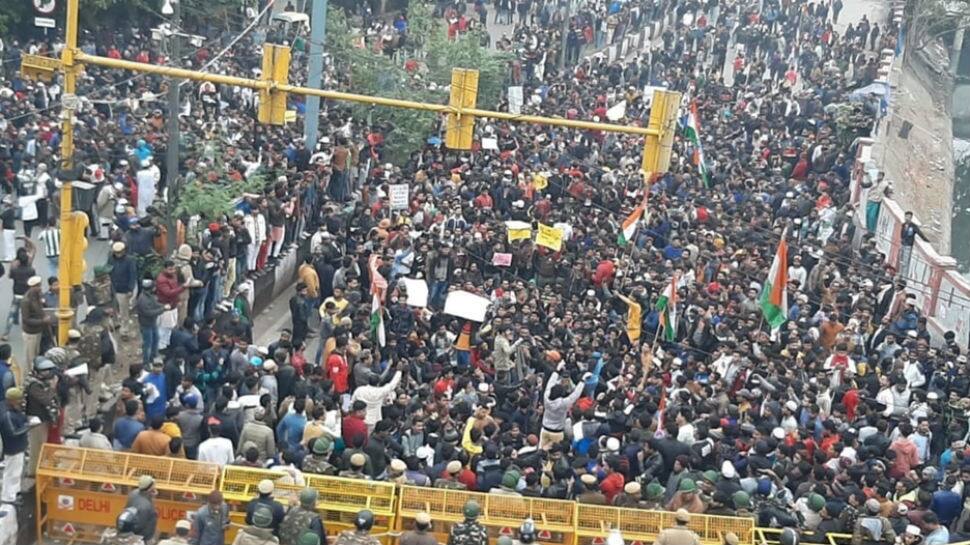 Ministry of Home Affairs sources said on Wednesday (December 18) that Delhi Police will take help from Twitter and Google in order to curb violence during ongoing anti-Citizenship Amendment Act (CAA) protests in the national capital. Delhi Police is also going to ask Twitter and Facebook to ban fake social media accounts involved in spreading proactive messages on CAA, including those which were used to spread fake news during protests in Jamia and Seelampur.

According to MHA sources, the situation in Delhi is peaceful and the violence which erupted in Seelampur on Tuesday (December 17) was brought under control after a couple of hours. Delhi Police has arrested eight people for their alleged involvement in causing violence during Seelampur protests. All the arrested persons are residents of Seelampur.

Delhi Police has put CCTV and drones in Seelampur and is keeping a close watch on the situation in the area. The police is also analyzing footage of Seelampur violence, said MHA sources. Section 144 has been imposed in North East Delhi to keep the situation under control. The MHA sources said that Delhi Police is also investigating the alleged footage of police showing the gun to protesters during protests in Jamia on December 15.

Meanwhile, the Supreme Court (SC) on Wednesday issued a notice to the Centre on a batch of 59 PILs challenging the Citizenship Amendment Act (CAA), 2019 but refuses to stay the implementation of the Act. The apex court has directed the Centre to submit its reply by the second week of January 2020. A three-judge bench comprising Chief Justice (CJI) SA Bobde and Justices BR Gavai and Surya Kant heard the pleas and ordered that the next hearing will be on January 22, 2020. Pleading on behalf of the government Attorney General Venugopal said, "There are four judgments of the SC that the Act cannot be stayed."