A security assistant in the IB since 2017, Sharma was found dead in the violence-hit Chand Bagh locality where he resided. 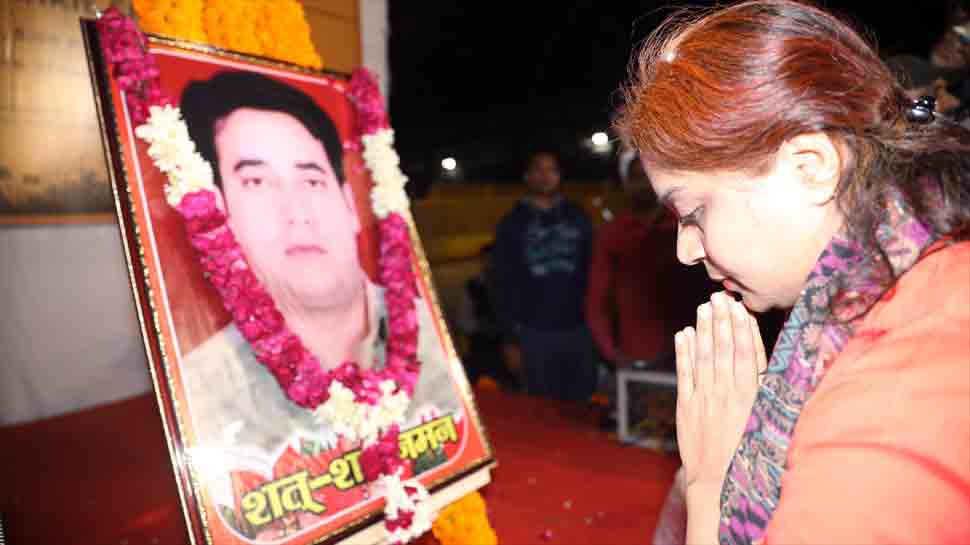 The autopsy report states: "Multiple abrasion.. deep cut.. by sharp edge objects." The panel of doctors, who carried out post mortem, have clearly stated that he was brutally and repeatedly stabbed, leading to his death.

A security assistant in the IB since 2017, Sharma was found dead in the violence-hit Chand Bagh locality where he resided.

Police said that Sharma, after returning home from office, went out to assess the situation and was confronted by a violent mob which beat him up and stabbed to death and then dumped his body in the drain.

His body was fished out on Wednesday.

His father Devendra Sharma, who also works with the Intelligence Bureau, said his son returned home around 5.30 pm on Tuesday and soon after left to assess the situation outside.

However, when he didn`t return home for hours, the family members started looking for him. "We also went to the GTB and Lok Nayak hospitals to check whether he was admitted, but could not find him," his father said.

They kept kept searching him till 3 a.m. on Wednesday. "Later around 10 a.m., we got information that his body was lying inside the Chand Bagh drain. We never thought that he will be killed," he said.