The AQI will further deteriorate to "very poor" in Delhi from the third week of October. The late monsoon withdrawal is not good for air quality in North India as the time progresses towards winter. 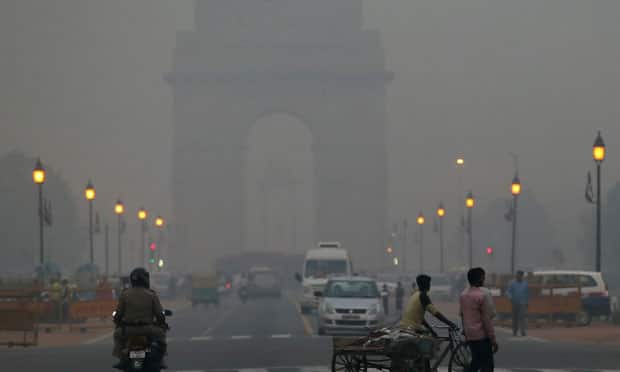 Delhi's air quality plunged to "poor" category on Saturday as smog and dust could be observed in the national capital and its adjoining areas such as Gurugram, Noida, Faridabad and Ghaziabad.

The overall Air Quality Index (AQI) in the morning was recorded at 218, said System of Air Quality and Weather Forecasting And Research (SAFAR).

The overall air quality of Delhi is in the "poor" category. The increased biomass fire activity in Haryana and Punjab have started to influence Delhi's AQI, SAFAR said in a statement.

The surface wind speed continues to be slow and variable with predominant direction from the West. Under these conditions, the air quality is predicted to deteriorate to the middle of the "poor" category by Sunday.

The AQI will further deteriorate to "very poor" in Delhi from the third week of October. The late monsoon withdrawal is not good for air quality in North India as the time progresses towards winter, the statement added.

In Ashok Vihar, the AQI was 244, in Mathura Road and ITO, it dipped to 230 and 216, respectively. Furthermore, AQI near Chandni Chowk stood at 176, at the Airport, Terminal 3 and Delhi University it was recorded at 153.

"Heart patients, see the doctor, if get palpitations, shortness of breath, or unusual fatigue," the organisation stated in its advisory.

The air quality in Delhi-NCR is deteriorating to "poor" category after remaining moderate for several days. In Noida, the AQI is 223.