According to the Central Pollution Control Board (CPCB) data, the overall air quality index (AQI) in the city was 423, which falls in the 'severe' category. 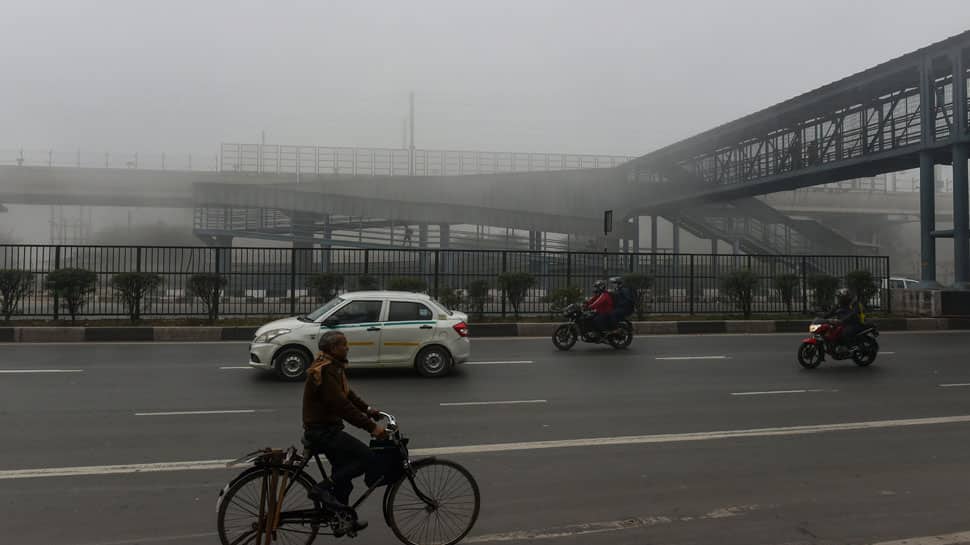 New Delhi: Delhi's air quality was recorded in the severe category on Saturday due to reduced wind speed even as authorities have forecast rainfall in the next couple of days which they said might lower the pollution level.

According to the Central Pollution Control Board (CPCB) data, the overall air quality index (AQI) in the city was 423, which falls in the 'severe' category.

In the National Capital Region (NCR), Ghaziabad, Faridabad, Noida and Greater Noida recorded 'severe' air quality, it said. The overall PM2.5 level - fine particulate matter in the air with a diameter of fewer than 2.5 micrometres - in Delhi was recorded at 287, while the PM10 level was at 443, the CPCB said.

The Centre-run System of Air Quality and Weather Forecasting (SAFAR) said the air quality may improve in the next two days under the influence of light rains which is expected thereafter.

"The overall air quality will deteriorate further, with small fluctuations in the next three days if it does not rain. Other meteorological conditions are not favourable although foggy conditions are likely to reduce now," the SAFAR said. It said the air quality will deteriorate further by Sunday to remain in the border of very poor to severe and then to start improving depending on rain.

"In any case, the AQI will start receding by Tuesday but to remain in very poor. Other meteorological conditions are not favourable although foggy conditions are likely to reduce now," it said.

Delhi's air quality was recorded to the 'poor' category Wednesday and Thursday due to increased wind speed. By Friday morning it slipped into 'very poor' category and nosedived towards 'severe' pollution level later.