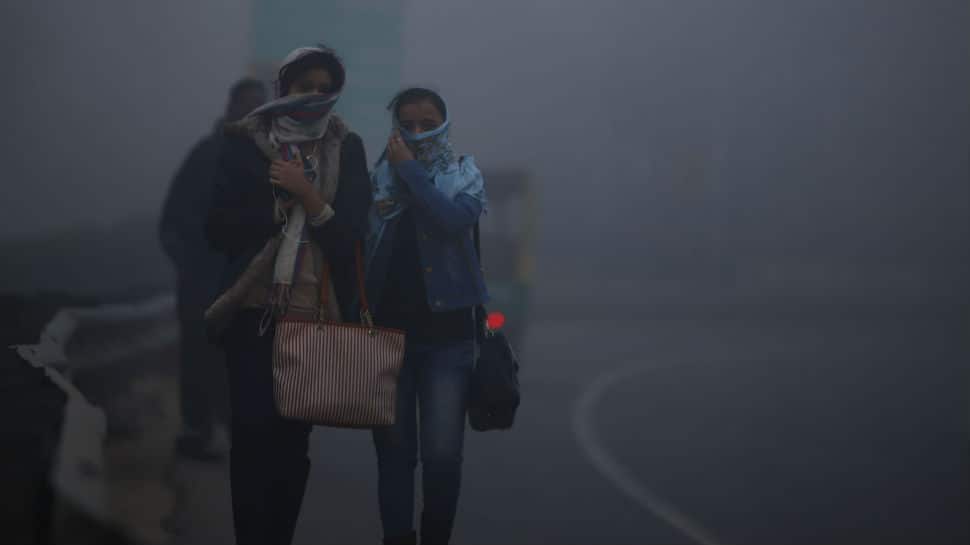 New Delhi: Rail and air traffic were disrupted yet again on Saturday due to dense fog that enveloped Delhi and its nearby areas in the morning. Cold day conditions also prevailed in most parts of North India. A statement issued by the Indian Meteorological Department (IMD) stated that very dense fog was observed over north Rajasthan, Punjab, Haryana, Uttar Pradesh, Jharkhand, Assam and Meghalaya earlier in the day.

However, it is predicted that the clouds will gradually clear later in the day bringing slight respite from the extreme weather conditions.

At 5.30 am, the temperature in Delhi was 10.8 degrees Celcius while the visibility near Palam and Safdurjung was 300 metres.

Meanwhile, 46 flights were diverted due to dense fog at Delhi airport till midnight, airport officials said in a statement on Saturday. Earlier in the day, twelve flights were diverted due to minimum visibility at the runway at Delhi airport till 8:30 pm. The flight operations at the airport have been affected due to bad weather. While takeoffs and landings continue, some flights are impacted due to crew operational limitations.

On Saturday, the airport authority said that the flight operations have resumed due to better visibility.

Due to intense cold wave, all schools and colleges in most districts of UP have been shut till further orders.