Derek O'Brien can have ‘fish curry’ if he is allergic to 'chaat-papri': Centre’s delectable twist to Pegasus snooping row

Hitting out at Trinamool Congress MP Derek O’ Brian, who is facing intense criticism for his ‘papri chaat’ remark, Union Minister Mukhtar Abbas Naqvi said 'he could have fish curry if he was allergic to ‘papri chaat’. 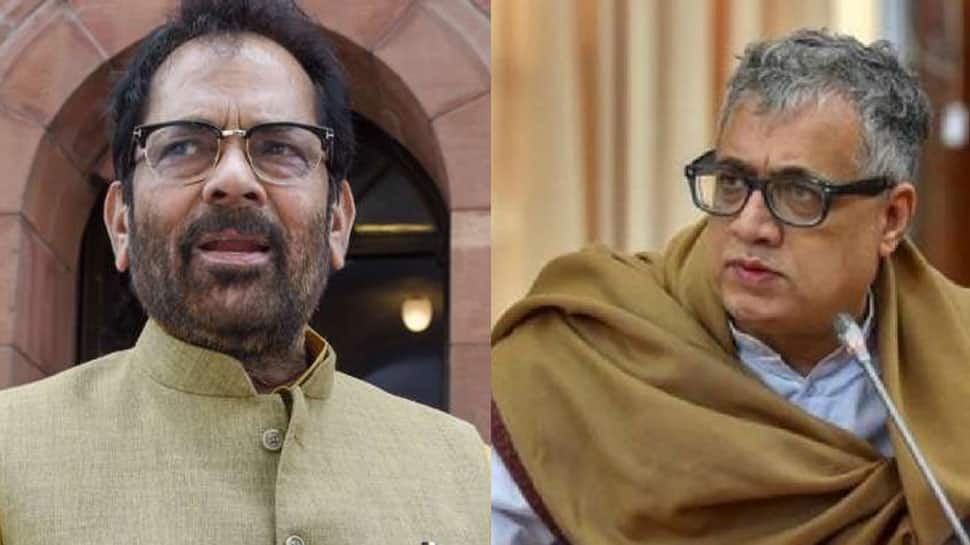 New Delhi: As the government and the Opposition continue to spar over the Pegasus spying scandal, the Centre on Wednesday added a delectable twist to the Trinamool Congress-led protests over the alleged snooping issue.

Taking a dig at Trinamool Congress MP Derek O’ Brian, who is facing intense criticism for his ‘papri chaat’ remark, Union Minister and senior BJP leader Mukhtar Abbas Naqvi said 'he could have fish curry if he was allergic to ‘papri chaat’.

If he's allergic to 'chaat-papri', he can have fish curry. But don't turn Parliament into fish market. Unfortunately, the manner in which work is being done with conspiracy to malign Parliament's dignity, was never seen before: Union Min MA Naqvi on TMC MP Derek O'Brien's tweet pic.twitter.com/BRjBLdYCO7

The government had on Tuesday raised the issue of comments made by Opposition MP as Rajya Sabha was adjourned twice till 12 noon and then till 2 PM.

Mukhtar Abbas Naqvi, Minister of Minority Affairs and Deputy Leader of the Rajya Sabha, raised a point of order under Rule 238 and said that comments are baseless.

Later, he said, "After hijacking proceedings of the House with uproar over baseless, fabricated issues, the TMC MP has now insulted Parliament and its members by comparing Parliamentary proceedings with making `papri chaat`".

The Trinamool MP in a tweet had said, "In the first 10 days, Modi-Shah rushed through and passed 12 Bills at an average time of under seven minutes per Bill, passing legislation or making papri chaat!"

The TMC MP was referring to the passage of bills in the parliament without debate and discussion.

The impasse between the government and the opposition continued even on Tuesday as the monsoon session entered third week since the commencement.

The flashpoint is the Pegasus project snooping controversy on which the opposition demands discussion, but the government says that after IT Minister`s statement only clarification can be sought.

Parliamentary Affairs Minister Pralhad Joshi has termed it a "non-issue".