Diwali set to bring back Delhi's toxic date with pollution

While no one factor may be termed as the biggest contributor to air pollution in Delhi, the morning after Diwali last year saw a massive spike in levels of air pollutants. 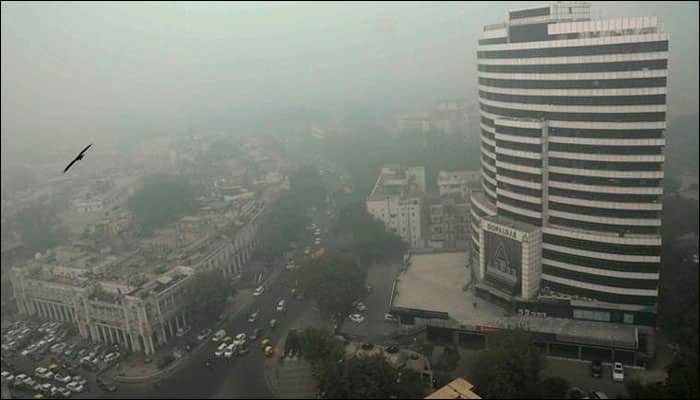 New Delhi: With the air quality across the National Capital Region (NCR) already reaching unhealthy levels, residents are bracing up for even more toxic days ahead - especially with Diwali round the corner. The Supreme Court last month lifted a temporary ban on sale of fire crackers, and the move is likely to contribute to rising pollution.

October has already seen seven days with the air at unhealthy levels with experts blaming the resumption of crop burning in adjoining Haryana and Punjab since late September. Prevailing weather conditions too will see pollutants choking Delhi and nearby regions. Now, with smoke from firecrackers all set to engulf the area, the situation - once again - is threatening to become all too gloomy.

Last year, air quality plunged to sever levels the morning after Diwali. The rest of the season saw Delhi-ites choking and coughing their way around with as many as PM 2.5 levels reached 999 - 16 times over the safe limit of 60.

While no one factor can be termed as the biggest contibutor to air pollution here, firecrackers do play a major contributing role. Other factors such as vehicular emissions, low wind speeds, dust from construction sites and smoke from power plants and factories - apart from stubble burning - lead to alarming pollution levels yearly. This year, farmers in Haryana and Punjab have already begun demanding viable alternatives and/or compensation to refrain from stubble burning. Meanwhile, Delhi is all set to choke. Again.

The Graded Response Action Plan (GRAP) of a Suprme Court mandated panel, however, will kick in from October 15 and be in effect till March 15 of the next year. The controversial odd-even traffic management system, as per the plan, may also come into effect if there is an air pollution emergency. Its effect on bringing down pollution levels though will have to be seen even as green experts question the lack of effective solutions to address the problem permanently.