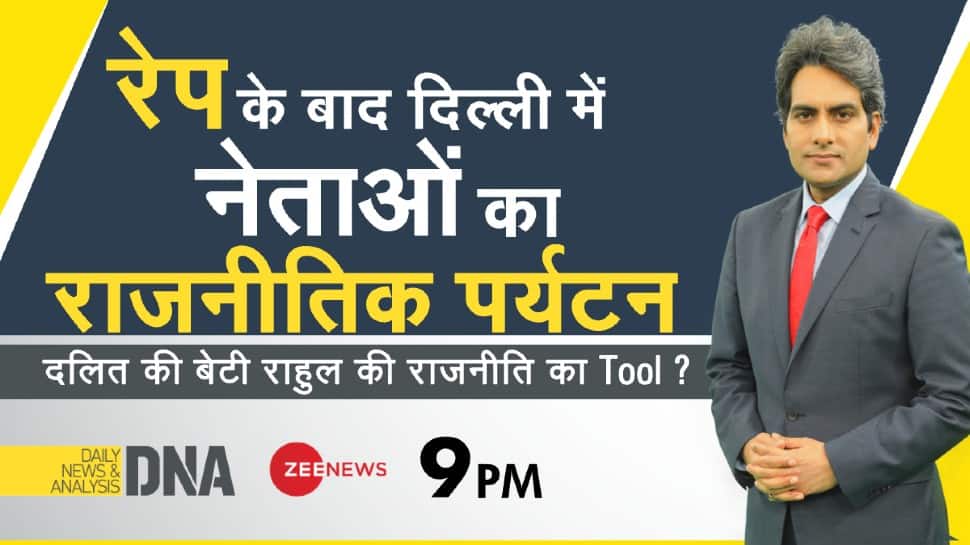 New Delhi: A nine-year-old girl was gang-raped and murdered in New Delhi. According to the police, the girl had gone to fetch water from a crematorium near her house when a priest and three others allegedly raped and killed her. The girl’s family told the media the perpetrators cremated her body against their wishes.

The incident had occurred on Sunday, August 1, but there was no visible outrage till August 3. However, as soon as the caste of the victim was revealed, that she belonged to the Dalit community, and when it emerged that one of the perpetrators is a priest, several politicians latched on to the incident to score political mileage. These leaders made the victim's family's house a tourist destination.

Today, Rahul Gandhi was one of the first politicians to pose for a picture with this victim's family in Delhi. Gandhi interacted with the parents of the victim in his car and after that, he gave a statement to the media. The thing is that all this happened like a planned event. Even before Rahul Gandhi's arrival, Congress party supporters had reached there in large numbers. Apart from this, the media was also informed before Gandhi’s arrival.

Rahul Gandhi also posted a picture on Twitter of his meeting with the victim’s family. He forgot that this could harm the reputation of the family.

According to Section 23 of the POCSO Act and Section 74 of the Juvenile Justice Care and Protection Act, no person can reveal the identity of the rape victim and her family or share their personal information. But Rahul Gandhi did not take care of the consequences of his actions and publically shared the picture of the family. In this matter, a complaint could be filed against him by the police.

The entire episode reminds of the Hathras gang-rape incident. Even then, Rahul Gandhi and his sister Priyanka Gandhi Vadra had gone to meet the victim's family. Their desperation to have their picture taken with the victim’s family only increased the trouble for them.

Today, Rahul Gandhi said that he is with the victim’s family and will help them in every possible way till justice is done. The statement was quite similar to what he had said after the Hathras incident last year. It all seems like staged, scripted event management.

Today, apart from Rahul Gandhi, Left leader Brinda Karat also reached Delhi to meet the victim’s family and she also posed for pictures. Delhi Chief Minister Arvind Kejriwal also met the family today and announced a compensation of Rs 10 lakh. And Chandrashekhar Azad of Bhim Army was also one of the politicians to reach there.

It is unfortunate that the opposition leaders of our country are more interested in the caste of the victim rather than the gang rape and murder of the girl. In all likelihood, if the girl were not a Dalit, these leaders would not have even posted a tweet for her, let alone meeting the family.