DNA Exclusive: COVID 2.0, Virafin and PM Modi's directions to rein in the pandemic

Zee News Editor-in-Chief Sudhir Chaudhary on Friday (April 23) informed people all about Virafin, a drug manufactured by Zydus Cadila which is being said to be effective in the treatment of the coronavirus. 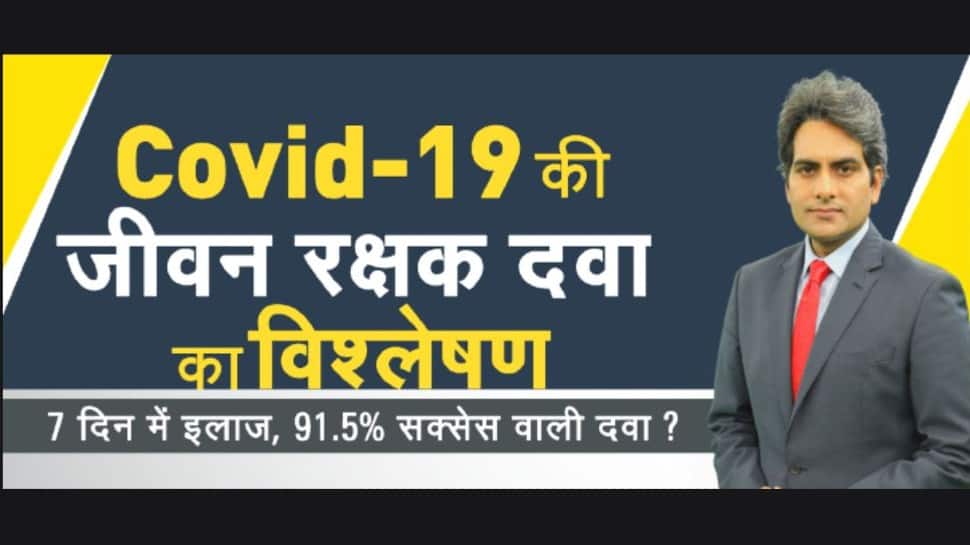 New Delhi: India recorded the world's highest single-day spike with 3,32,730 fresh infections of COVID-19 on Friday. Reports of shortage of oxygen supply have been pouring in from several hospitals across the country.

Even as the country’s vaccination drive continues on full steam, lately it seemed like it was not going to be enough to get hold of the second wave of the COVID pandemic.

At a time like this, the arrival of a new drug could possibly be a game-changer.

Zee News Editor-in-Chief Sudhir Chaudhary on Friday (April 23) informed people all about Virafin, a drug manufactured by Zydus Cadila which is being said to be effective in the treatment of the coronavirus. He also discussed the directions issued by Prime Minister Narendra Modi at a high-level meeting today to deal with the oxygen crisis prevailing in the country.

One of the biggest development of the day was that the Drugs Controller General of India approved a new drug, Virafin, for the treatment of COVID patients.

The drug, if given to a COVID patient in time, limits the effect of the virus and speeds up the recovery process. The manufacturer has informed that it works particularly well in moderate cases.

In a conversation with Zee News today, the Director of Zydus Cadila, Sharvil Patel, said that the drug speeds up the recovery of COVID patients.

The clinical trials of this drug took place at 20 to 25 centers in India and a total of 250 patients were administered the drug.  About 91.15 percent of the patients recovered in just 7 days. When the RT-PCR test of these patients was done after 7 days, their report came back negative.

The patients undergoing trial required oxygen support for only 56 hours, whereas usually in moderate cases, the patients need an average of 84 hours of oxygen.

The trials indicated that the drug is effective even in cases where the lungs of the patient have been infected.

Who can get this drug? How is it administered?

According to Zydus Cadila, the medicine can be given to people above the age of 18 years. Just like the vaccines, this drug is also is injected into the body using a syringe. The dose then helps the patient recover in just seven days.

When and where will the medicine be available?

The medicine will be given to patients starting from May. The company will provide the medicine to the hospitals and the patients will get it only if a doctor prescribes it.

The price of the drug has not been decided yet. It will likely be known in the next five to six days. However, there is a fear that the drug might find its way into the black market, just like it happened with Remdesivir.

1. If all governments, states and the Centre, work as a nation, then there will be no shortage of resources.

3. The central government has so far made available 15 crore doses of vaccine to the state governments for free.

4.  The Railways and the Indian Air Force have taken up the charge of delivering oxygen to hospitals.

Throughout the day, oxygen was transported from one state to another through the help of railways and the IAF. The timely action helped saved many lives.