Zee News Editor-in-Chief Sudhir Chaudhary on Thursday (June 24) explained the significance of the all-party meet convened today and discussed the road ahead in Jammu and Kashmir. 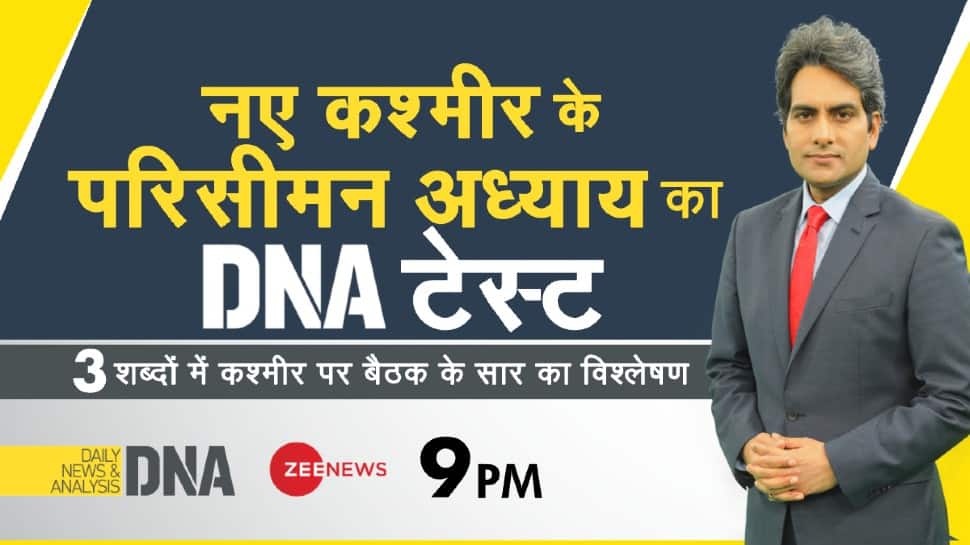 New Delhi: For the first time since the abrogation of Article 370, Prime Minister Narendra Modi held a meeting with the leaders of Jammu and Kashmir in Delhi. The meeting lasted for about three and a half hours. Apart from Modi, Home Minister Amit Shah, J&K LG Manoj Sinha and 14 leaders of 8 parties of Jammu and Kashmir participated. National Conference leaders Farooq Abdullah, Omar Abdullah and PDP party president Mehbooba Mufti also attended the meeting.

Zee News Editor-in-Chief Sudhir Chaudhary on Thursday (June 24) explained the significance of the all-party meet convened today and discussed the road ahead in Jammu and Kashmir.

The most important piece of information that came out of the meeting is that in Jammu and Kashmir, delimitation will be done first, following which elections will be held and then the statehood will be restored.

PM Modi said he wanted to end 'Dilli ki duri' as well as 'Dil ki duri' with Jammu and Kashmir, which has been witnessing prolonged spell of militancy and unrest.

“Our priority is to strengthen grassroots democracy in J&K. Delimitation has to happen at a quick pace so that polls can happen and J&K gets an elected Government that gives strength to J&K’s development trajectory,” Modi tweeted.

The Home Minister assured the leaders of Jammu and Kashmir present in the meeting that all political parties would participate in the process of delimitation.

According to Article 82 of the Constitution, the government can constitute a Delimitation Commission every ten years and decide the limits of new assembly or Lok Sabha seats on the basis of population. This is what the central government wants to do in Jammu and Kashmir.

However, the statements of the Kashmiri leaders after the meeting revealed two things. Firstly, their language seems to be favouring Pakistan’s interests and secondly, all these leaders are opposing the delimitation.

Notably, Jammu and Kashmir is divided into two regions – the Jammu region and the Kashmir region.

There is a large population of Hindus in Jammu. In such a situation, the Hindus will get more representation in the Legislative Assembly and it is possible that a Hindu may become the Chief Minister for the first time in Jammu and Kashmir.