Zee News Editor-in-Chief Sudhir Chaudhary on Friday analyses India's landmark achievement of over 2.25 crore vaccine jabs in one day and what it means for India. 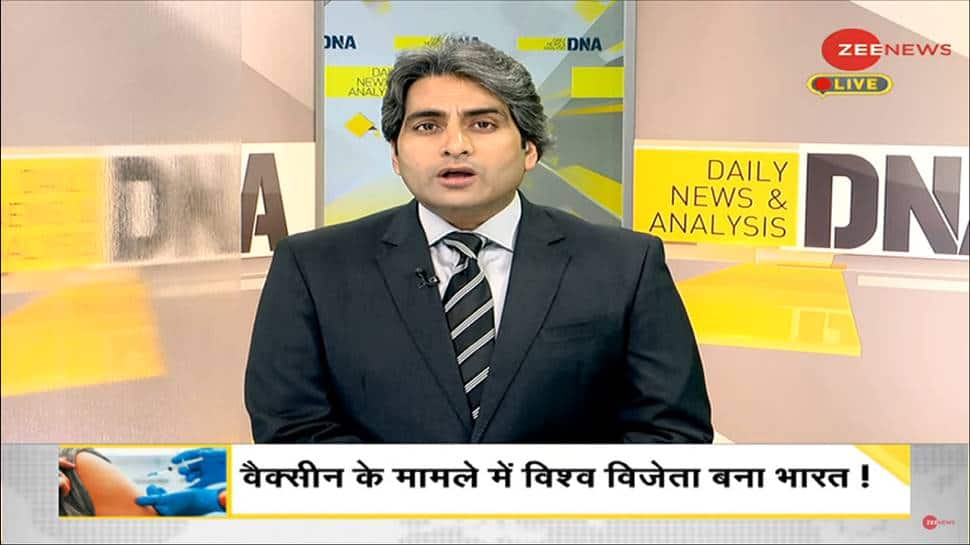 New Delhi: India on Friday (September 17, 2021) made history as over 2.25 crore vaccine jabs were administed in the country, on the day Prime Minister Narendra Modi celebrated his 71st birthday. India is in second place with 78 crore doses having been given, China tops with 210 crore doses while US is in the third place with 38 crore doses.

Zee News Editor-in-Chief Sudhir Chaudhary analyses the landmark achievement and what it means for India in its drive to vaccinate all citizens against novel coronavirus.

In India, on an average, 17 lakh people were vaccinated every hour, 28,000 every minute and 478 people every second. This number can be slightly up and down because the vaccination meter is still running, it has not stopped. Celebrating this achievement Union Health Minister Mansukh Mandaviya distributed sweets. He tweeted:

Till 9 pm, 2 crore 24 lakh people have been vaccinated in the country, which is a world record. At present, India is at number two in the list of most vaccinated people in the world.

If we compare that with smallpox vaccines, India had the highest number of smallpox cases in the whole world during 1947. It took 15 years for the country's first government led by Pandit Jawaharlal Nehru to start a nationwide vaccination campaign against smallpox. The vaccination drive started in the year 1962 but could not be achieve this even after 10 years.