Zee News Editor-in-Chief Sudhir Chaudhary on Tuesday (August 3) discussed how despite fulfilling the dreams of crores of people, the sportspersons representing India on the world stage are still being viewed through the prism of castes. 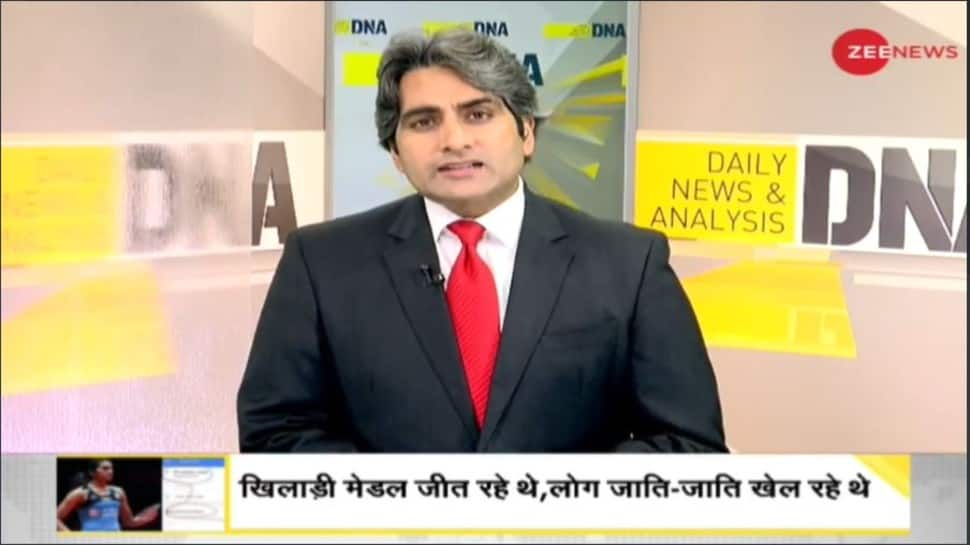 New Delhi: India has won two medals at the ongoing Tokyo Olympic Games so far, thanks to the wonderful performances by weightlifter Mirabai Chanu who bagged a silver medal in the 49-kg category and shuttler PV Sindhu who won bronze. But even as India’s Olympics stars are giving their best efforts to win medals and bring glory to the country, there are some people in the country who can’t think beyond the castes of these players, which was reflected in Google search data.

Zee News Editor-in-Chief Sudhir Chaudhary on Tuesday (August 3) discussed how despite fulfilling the dreams of crores of people, the sportspersons representing India on the world stage are still being viewed through the prism of castes.

PV Sindhu won the bronze medal on August 1. But even before this victory, people had started searching her caste on the internet. According to Google Trends, the day Sindhu won the medal, her caste was the most searched query related to her on the Internet. That is, people were not interested in knowing who PV Sindhu defeated or by how much margin she won. People just wanted to know what her caste is.

Similarly, the religion of India's boxer Lovlina Borgohain, who reached the semi-finals, was also searched on the Internet. Lovlina's religion ranked at number three Google searches related to the Indian boxer. The people of Karnataka, Gujarat and Maharashtra were the ones most interested in her religion.

Sakshi Malik’s caste was also among the top searches on the Internet.

It is not the first time that the caste of an Indian player was being searched rigorously on the Internet. In 2018, when India's athlete Hima Das won the gold medal in the World Unde-20 Championship, even then people searched for her caste and it was one of the top searches on the Internet.

This trend was also observed in case of cricketer Sanju Samson. According to data, Samson's caste has been in the top trends seven times in the last year.

All this makes it clear that in India, even today all people care about is caste. They are more interested in knowing the caste and religion of a successful person rather than knowing their story.

In the case of marriages as well, caste is one of the main deciding factors. While finding a match on the matrimonial sites, most Indians apply the caste filter to narrow the results.

As long as people do not stop looking at each other through caste filters, India’s achievements will not trend, which would be a sad thing. The people must take lessons from the sportspersons who do not submit to the petty social structures and fight for the country instead.