DNA Exclusive: Omicron could cause third wave, COVID-appropriate behaviour need of the hour 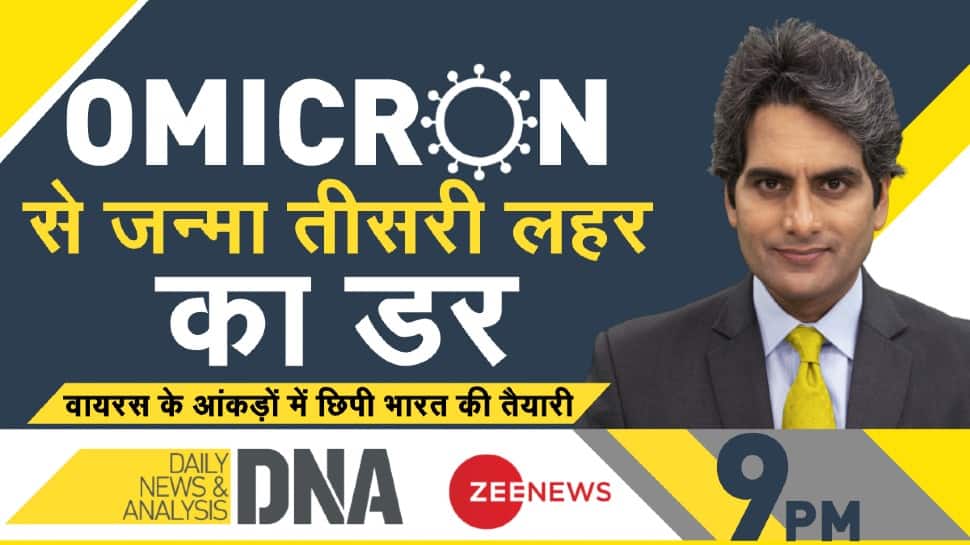 New Delhi: 23 cases of COVID-19 Omicron variant have been detected in India so far. The variant has spread to over 38 countries around the world. However, there is no need for panic. What is needed is to stay alert and follow COVID protocols.

There is no need to be afraid of Omicron because so far there has not been a single death from it in the whole world. But there is a need to be careful so that the country could be saved from a third COVID wave.

Two new cases have been recorded in Mumbai taking the total number of people infected with Omicron in Maharashtra to 10.

Nine cases of Omicron have been detected in Rajasthan. Some of the infected persons came from South Africa and attended a wedding in Jaipur in which more than 100 people were present. Now contact tracing of all is being done using the list of guests.

The wedding season is going on in the country and a large number of people are attending such gatherings. That's why it is important that we must follow social distancing and other COVID guidelines.

Meanwhile, according to a study by IIT Kanpur, Omicron can cause the third wave in India which can fall between January and February next year. This is the same time when elections are to be held in many states of India including Punjab and Uttar Pradesh.

According to the professors who conducted the study, the number of infections will definitely increase, but unlike before, people will not need to be admitted to hospitals nor will they have to face problems like lack of oxygen.

The study predicted that in the first few months of next year when the infection will be at its peak, at that time about 1 to 1.25 lakh cases can be registered every day.

The key takeaway of the study is that the third wave may come, but its effect will not be as destructive as the second wave.

In view of the new variant, an important meeting of the National Technical Advisory Group on Immunization (NTAGI) was held in Delhi today in which the Indian Medical Association (IMA) made 5 important recommendations. They are:

1. Children's vaccination should be started soon.

2. The ZyCoV-D vaccine should be used for people over the age of 18. This is India's first needle-free vaccine in which an injector is used instead of a needle.

3. Health workers should be given booster doses.

4. There should be no travel bans.

5. Large gatherings should be restricted.

Omicron spread can be checked by putting in place light curbs, night curfews and by restricting crowded events. We need to keep in mind that the mistakes we did during the first and second COVID waves should not be repeated in order to prevent another deadly wave. COVID-appropriate behaviour is the need of the hour.