Zee News Editor-in-Chief Sudhir Chaudhary on Friday (December 3) discussed the threats posed by the Omicron-related cases that intensify the concerns about its spread in our country. 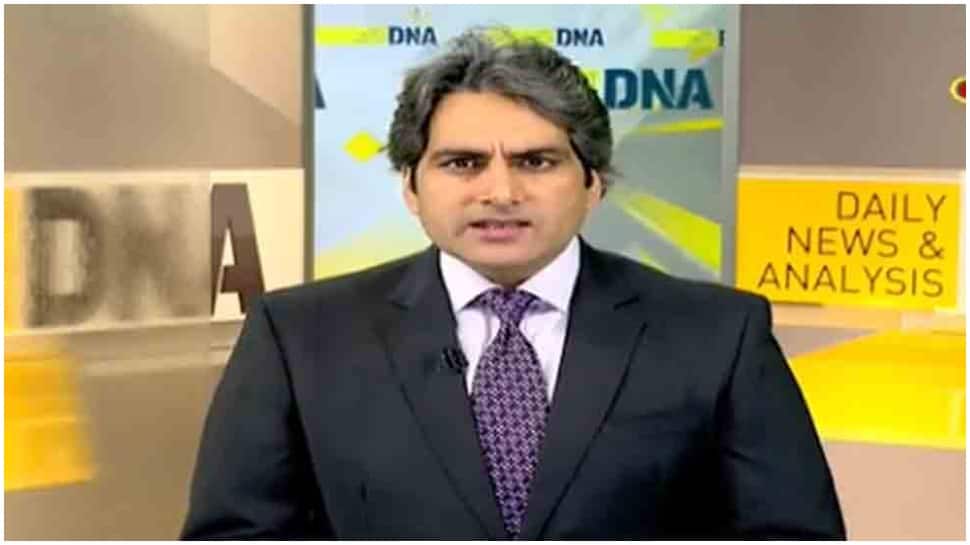 New Delhi: India on Thursday (December 2) reported its first cases of the new variant of coronavirus, Omicron, that stimulated a panic across the country as the World Health Organisation has already identified the new variant as the 'variant of concern.

Zee News Editor-in-Chief Sudhir Chaudhary on Friday (December 3) discussed the threats posed by the Omicron-related cases that intensify the concerns about its spread in our country.

The first concerning news comes from Karnataka where the government is looking for 10 such suspicious people, who had come from South Africa and there is a possibility that these people may be infected with the new variant.
According to the Karnataka government the address given by all these people at the airport has turned out to be fake and the mobile phones of all these people are also switched off.

Apart from this, the Andhra Pradesh government is also looking for 30 people from high-risk countries. And it is alleged that these people also gave information about their wrong address at the airport and their mobile phones were also switched off.

This increases the concern as these 40-50 people, if infected with a new variant, may spread the disease at a devastating level at various places putting hundreds of thousands of lives in danger.

The Central Government has told that 16 thousand passengers have returned from high-risk countries in the last few days out of which only 18 people have been found infected with COVID-19. Apart from this, 9 cases of the corona were found in a family returned from South Africa in Jaipur today. Four people of this family had come from South Africa recently and when their RT-PCR test was done, all of them were found positive. Genome sequencing of their samples is being done to check whether these people are infected with Omicron.

Secondly, the World Health Organization has issued a warning to the countries of the Asia-Pacific region asking them to strengthen their health care system and get people vaccinated as soon as possible to contain the spread of COVID-19.

The third news is of the demand for booster doses of the vaccine that has increased in India amid the threat of Omicron. Kerala, Maharashtra, and Karnataka have asked the Centre to approve booster doses. Apart from this, an organization of 28 labs monitoring Genome Sequencing has also recommended the central government to consider Booster Dose for people 40 years of age and above.

The spread of Omicron has increased from 29 countries of the world to 33 countries, where 393 people have been infected with the new vaiant of the coronavirus so far. However, it is a matter of relief that the first case of this new variant was found on 24 November. And since then till now there has been no news of death of any patient in the world. It may be true that this variant is more infectious but not dangerous. However, it will still have to wait for some concrete study on this.