Zee News Editor-in-Chief Sudhir Chaudhary on Thursday (October 28) exposed the 'Pakistan lover gang' who live in India but their actions are against it. 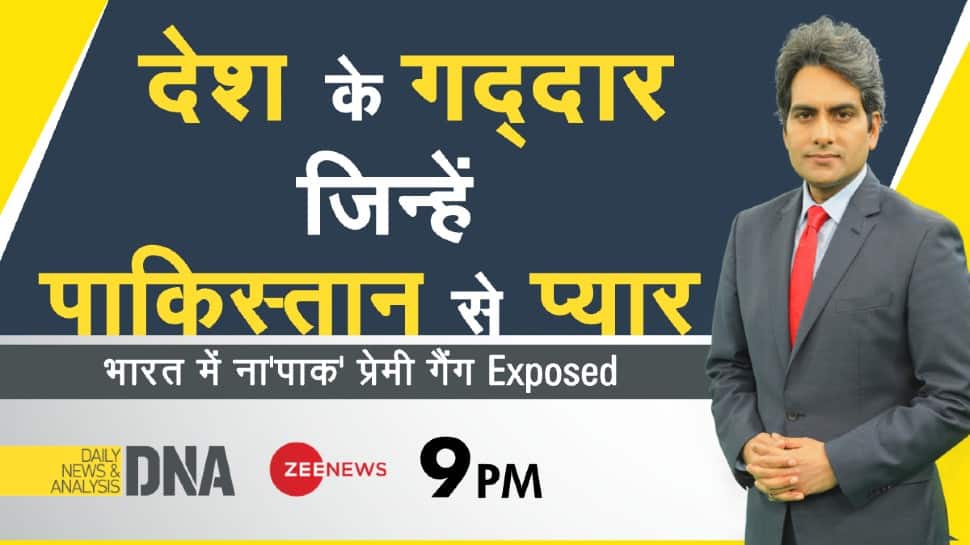 New Delhi: Three Kashmiri students from an engineering college in Agra were arrested after they celebrated India’s loss to Pakistan in the T20 World Cup. Despite enjoying the benefits extended by the government of India, these students are Pakistan loyalists.

Zee News Editor-in-Chief Sudhir Chaudhary on Thursday (October 28) exposed the 'Pakistan lover gang' who live in India but their actions are against it.

It is shocking that all these Kashmiri students were studying on the stipend received from the government of India under the Prime Minister's Special Scholarship Scheme.

However, the extent of the treachery of those three students can be understood by the fact that even as they enjoy scholarships from Indian government, they cheer for Pakistan.

Their WhatsApp chats reveal their hate for India and the love they have for Pakistan. These students wrote objectionable things against India on their WhatsApp status and also put a video of Pakistani player Mohammad Rizwan offering namaz during the match.

One of the three students, Inayat Altaf Sheikh, wrote on his WhatsApp status that "Kya Hal Hua India Ka.. Well Played Pakistan, Win By 10 Wickets" and “Rizwan Babar Love You”.

In another status, this student posted a picture of Mohammad Rizwan offering namaz during the match and wrote, “It Deserve Win”. He also salutes the national flag of Pakistan.

Another student, Arseed Yusuf, in his WhatsApp chat wrote, “Kashmir is my country, which is indirectly a part of Pakistan.” When a student asked him whether India is not his country, he wrote that his country is Kashmir. In this chat, he also uses abusive words for India and praises Pakistan. This was mentioned in detail in the FIR registered against them.

Today the three accused were produced in a court in Agra, from where they have been sent to judicial custody for 14 days. They have been booked for spreading hatred between two communities and for disturbing communal harmony. The hostel discipline committee of the college has also suspended them with immediate effect.