DNA Exclusive: Strike, bandh and chakka jam — When will India get freedom from negative methods of protest?

The dull response to the bandh led to the question if anyone or anything can stop India in today's time? Can a few political outfits, by using bandh, bring the country to a standstill, which even the coronavirus pandemic couldn't do? In any democracy, a bandh is seen as a medium of protest. 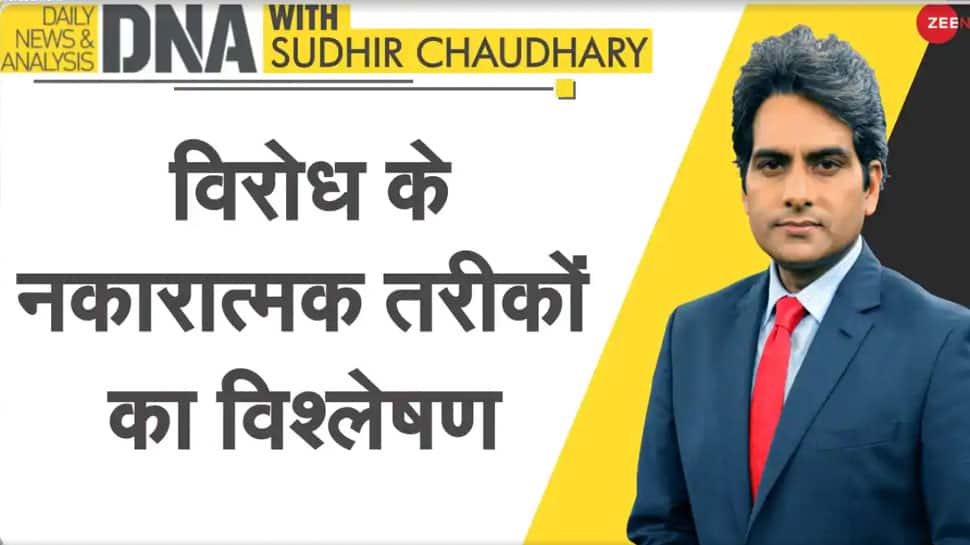 NEW DELHI: Farmers shouted slogans and blocked roads in several parts of the country on Friday (September 25), protesting against three agri-marketing bills passed recently by Parliament. The most widespread protests were held in Punjab and Haryana, but demonstrations were also reported from Uttar Pradesh, West Bengal, Kerala and Karnataka as part of the 'Bharat Bandh' call given by several farmers unions.

Although it was supposed to be a nation-wide protest against the agri-marketing bills, most of the pictures of the bandh were mostly from a few states. Also, the farmers union which participated in the bandh were those who were associated with some or other political parties in opposition.

Tonight's DNA analysis raises the question whether anyone or anything can stop or shut India in today's time. Can a few political outfits, by using bandh as a medium of protest, bring the country to a standstill, which even the coronavirus pandemic failed to do? A bandh is seen as a medium of protest in any democracy.

Such nation-wide bandhs were popular and successful during the 80s and 90s because the call to hold such protests had strong and major issues back then. And due to this, a large number of common people used to come out in its support. But times have changed now. Today, the country has rejected this concept of bandh.

This is why most of the bandhs held in the country in the last few years received a lacklustre response from the public and did not see success. In today digital era, it has anyway become almost impossible to shut down India over a protest. And for some reason, if a market gets shut down, consumers would continue to shop via online. Similarly, if offices get closed, the newly adopted 'Work From Home' culture is there to ensure the functioning of an organisation.

Strikes, bandh, chakka jam — these are some of the negative methods which are used by groups or outfits to protest. The right to protest is essential in a democracy, but its method should be positive. Mahatma Gandhi's idea of non-violence is the greatest example of positive opposition.

In a country like Japan, whenever there is a strike, the production is increased further, due to which excess stuff gets accumulated.

Speaking of the farm bills, there may be some doubts among the farmers on the bills passed by the government. But it is also true that the current system of agriculture in the country is not doing well. And although farmers' income has increased to some extent, the cost of agriculture has gone up at a much faster rate. A trader can sell his goods wherever he wants across the country, however, a farmer is prohibited from doing so.

Is there a way to change this system? And should not those, who attempted to shut down India for a day in the name of farmers' plight come up with an alternate solution to this issue?