DNA Exclusive: The twin saga of patience, grit, and courage of Indian players at Tokyo Olympics

In hockey, India defeated Germany to win bronze while in wrestling, Ravi Dahiya won silver. In both, the players displayed incredible skill, courage and fighting spirit which inspired crores of Indians. 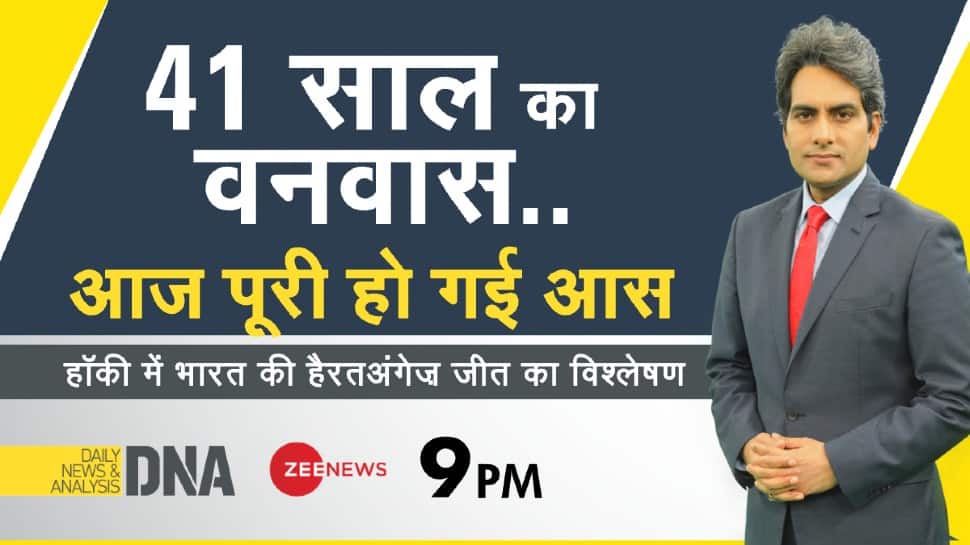 New Delhi: Today was a big day for Indian sports as the country bagged two medals at the ongoing Tokyo Olympics. In hockey, India defeated Germany to win bronze while in wrestling, Ravi Dahiya won silver. In both, the players displayed incredible skill, courage and fighting spirit which inspired crores of Indians.

Ravi Dahiya had assured the silver medal after he defeated Kazakh wrestler Nurislam Sanayev in the semifinal match. Dahiya was trailing the Kazakh in terms of points towards the end, but he turne dit around in the last 50 seconds by pinning Sanayev to win the bout 'by fall'.

During this match, an interesting thing happened. At one point during the match, Sanayev bit Dahiya’s arm and tried to win this match by deceit.

It was against the game’s rules. The referee can give warnings to the violator and can even disqualify them. However, this did not happen in Dahiya’s case. United World Wrestling said that the Kazakhstan wrestler did not bite Dahiya intentionally. This surely raised several eyebrows.

In the end, Dahiya still managed to win. He, however, missed the gold as he lost to Russian (ROC) wrestler Zavur Uguev in the final and had to settle for the silver. He expressed his disappointment for he could not bring the gold for the country. The people of the country, however, are quite proud of his wonderful achievement.

In hockey, the Indian team created history as it defeated Germany 5-4 in a thrilling third-place clash to come away with the bronze medal.

It was not an easy win though. When just six seconds were left in the match, Germany got a penalty shot opportunity that could level the score with India. The tension was enormous as crores of Indians held their breath in that moment. But India’s star goalkeeper PR Sreejesh stood like a wall to defend the goalpost and ensured India’s victory.

After 41 years of long wait, India finished at the podium in hockey at the Olympics. The last time India won the hockey gold medal was in the 1980 Moscow Olympic Games.

The twin victory brought cheer on the faces of crores of Indians who celebrated the victories with tremendous zeal, displaying the true spirit of nationalism.