Zee News Editor-in-Chief Sudhir Chaudhary on Thursday did an analysis on the claims made by Mamata Banerjee about the alleged attack and how the whole issue has become a political drama. 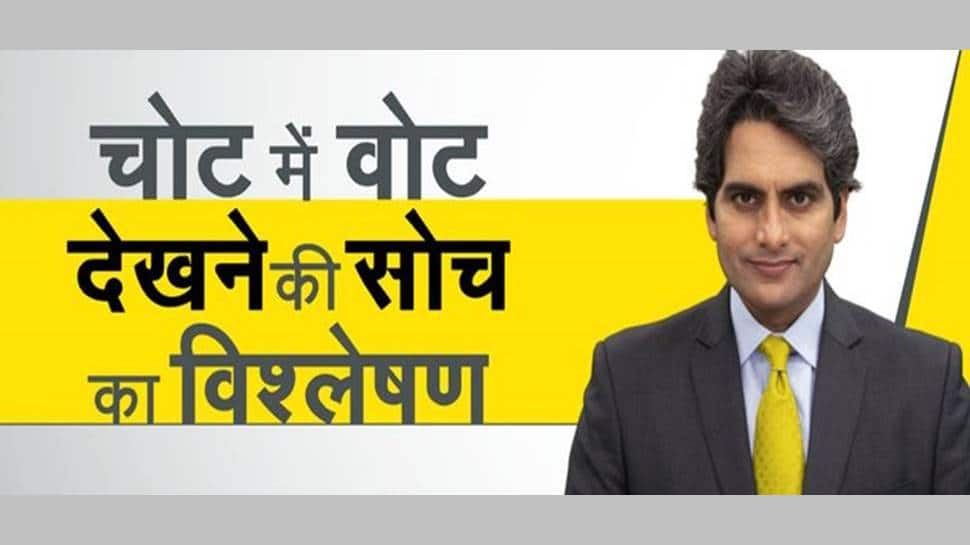 New Delhi: A day after West Bengal Chief Minister Mamata Banerjee 'injured' her ankle during campaigning in Nandigram on Wednesday, a whole sympathy wave is being created in favour of the sitting CM. The state will go to polls from March 27 and it is expected to be a neck-and-neck contest between the Trinamool Congress (TMC) and Bharatiya Janata Party (BJP).

Zee News Editor-in-Chief Sudhir Chaudhary on Thursday did an analysis on the claims made by Mamata Banerjee about the alleged attack and how the whole issue has become a political drama.

On Wednesday, Chief Minister Mamata Banerjee alleged that she had been attack causing serious injury to her left foot. As per latest reports she has suffered a fracture in her ankle but the TMC chief will resume campaigning in the state on a wheel chair from March 13 onwards.

As Mamata Banerjee's 'injury was being discussed all across the country, people shared pictures of her lying on a stretcher, and several opinions were shared about the alleged attack which seemed to be confining the whole election to this one incident. Things were happening so fast that people found it difficult to comprehend what was happening and what to believe.

West Bengal is not new to violence during elections, earlier in seperate incidents, BJP leaders Kailash Vijayvargiya and MP Babul Supriyo were also attacked. While BJP president JP Nadda's convoy was attacked three months ago in Kolkata's Diamond Harbor, in which he narrowly escaped.

Notably, Mamata Banerjee had not condemned the attack then but now she is ready to give this incident a political spin.

Though, Mamata Banerjee's political career is riddled with such incidents involving injuries and camera and how she benefited from them.

In 1989, Mamta Banerjee had a fight with the Left Front and an injured had grabbed headlines even then. Mamata Banerjee was attacked on August 16, 1990 in which she suffered a severe injury to her forehead. In the year 1993, she entered the Writers' Building in Kolkata even then her pictures were very much discussed.

This politics of playing the sympathy card can generate votes but is like a weak thread which gets tangled and is not easy solve. Here no one is asking Mamata Banerjee for her report card in the last 10 years, no one is asking about what she has given to Bengal instead everyone is talking about the alleged attack on her and some people support her.

If by doing so some people believe that all this is part of politics and this alleged attack can also become the turning point of the election of West Bengal.