DNA: Is this the end of UPA? Will it be Modi Vs Mamata in 2024? Know all about the new political twist

Zee News Editor-in-Chief Sudhir Chaudhary on Wednesday (December 1) discussed Mamata Banerjee’s apparent attack on the Congress as she tries to project herself as the face of opposition against PM Narendra Modi’s BJP. 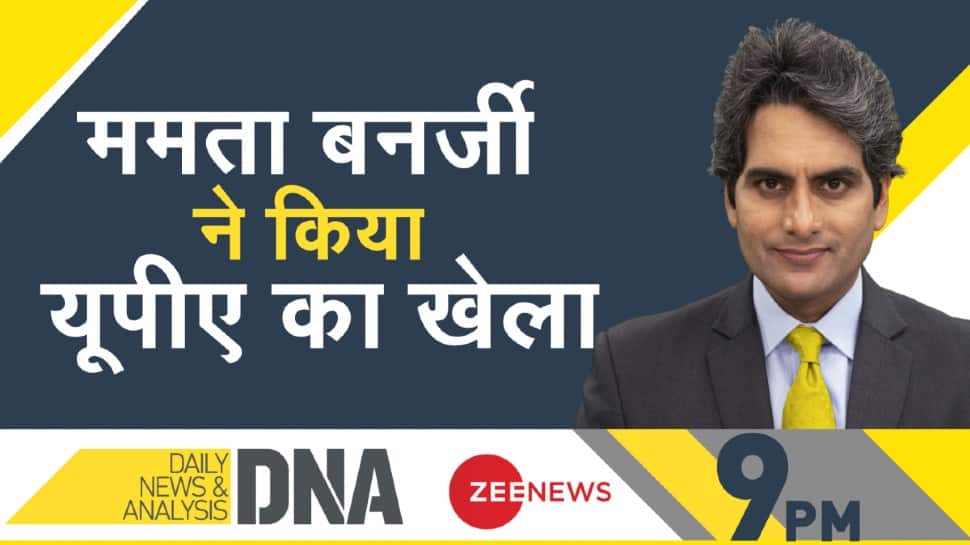 New Delhi: West Bengal Chief Minister Mamata Banerjee has said that the UPA (United Progressive Alliance) no longer exists, which means that she is directly challenging Sonia Gandhi's leadership in the opposition. This could be a massive shift in Indian politics.

Zee News Editor-in-Chief Sudhir Chaudhary on Wednesday (December 1) discussed Mamata Banerjee’s apparent attack on the Congress as she tries to project herself as the face of opposition against PM Narendra Modi’s BJP.

Banerjee is on a three-day visit to Maharashtra in which she met NCP chief Sharad Pawar and Aaditya Thackeray, son of Maharashtra Chief Minister Uddhav Thackeray.

In Maharashtra, Congress, NCP and Shiv Sena run a coalition government. But Congress was completely kept away from this meeting. In the meeting, there was a discussion on forming a new front against PM Modi. During this discussion, Banerjee's nephew Abhishek Banerjee and NCP leader Praful Patel were also present.

After the meet, Banerjee said "there is no UPA now" and that all like-minded parties were welcome to join the fight against the BJP. Sharad Pawar has also spoken of forming a “strong alternative” front with Banerjee.

For many years, the major fight has been between NDA and UPA, headed by Sonia Gandhi. But today, it appears that the UPA has been unofficially shattered. The TMC is trying to be the leader of the opposition alliance against the BJP.

It is important to note here that In the 2019 Lok Sabha elections, the UPA had won only 92 seats out of 543. More than half of these, i.e 52 seats were won by Congress. At that time, 10 parties of the UPA did not get a single seat and 9 parties had won 5 or fewer seats.

This means that even though Mamta Banerjee can try to make a UPA-like front by projecting TMC as the new Congress, it has its task cut out as most of the other parties fared quite poorly in the last general elections.