Domestic flights resume on May 25 after two months of COVID-19 lockdown: Delhi's first departure to Pune

The first domestic passenger flight to arrive at Delhi airport today would reportedly be from Ahmedabad and it is of SpiceJet. 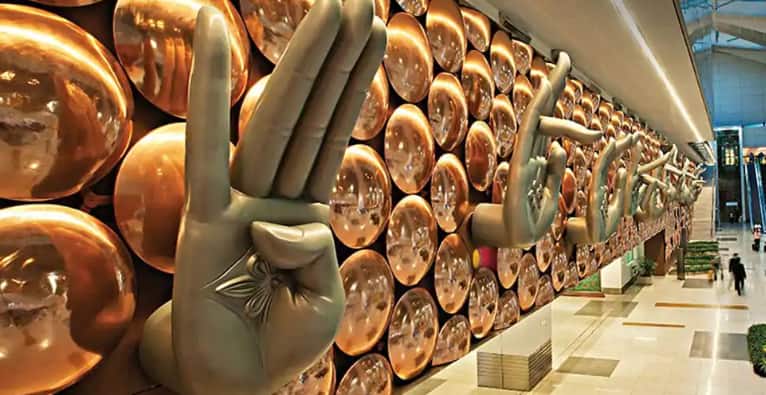 New Delhi: Nearly two months after the countrywide lockdown was imposed to contain the novel coronavirus pandemic, domestic flight operations resume on Monday (May 25) with Delhi-Pune and Mumbai-Patna flights being among the first to take off, according to reports.

Both the flights will be operated by IndiGo on Monday morning, while the Delhi-Pune flight is scheduled to depart at 4.45 AM, the Mumbai-Patna flight would depart at 6.45 AM, aviation industry sources told PTI, adding that the first passenger flight would be 6E643 from Delhi airport and it is likely to be operated by aircraft VT-ITK, which is an A320neo plane of IndiGo.

The first domestic passenger flight to arrive at Delhi airport today would reportedly be from Ahmedabad and it is of SpiceJet.

The Mumbai airport's operator MIAL said in a statement, "The first flight departing out of CSMIA (Chhatrapati Shivaji Maharaj International Airport ) will be to Patna at 6:45hrs and flight arriving from Lucknow will be the first arrival flight at 8:20hrs both operated by IndiGo."

Earlier, the government announced that one-third of pre-lockdown domestic flights will operate from Monday, while all international scheduled commercial passenger flights will remain suspended.

Meanwhile, the Airports Authority of India (AAI) released a new Standard Operating Procedures (SoPs) for airports ahead of the resumption of domestic flight operations.

The list of key guidelines issued by the AAI is given below:

-Passengers must wear masks and gloves
-Mandatory social distancing at airports.
-Passengers will have to reach airport two hours in advance
-Aarogya Setu app has been made mandatory except for children below 14 years of age
-Constant announcements about social distancing and other norms
-Boarding and deplaning in batches to maintain social distance
-Only those whose flight is in the next four hours will be allowed to enter terminal building
-Avoiding use of trolley which will be available to a select few passengers on request basis
-Sanitization of passengers’ baggage by the airport authority before entry into the terminal building.
-Passengers will have to go through a thermal screening zone on the city side of the airport before entering into the terminal building.
-Upgraded security procedures to ensure minimal contact between passengers and airport employees.
-Enhanced security and airport employees at check-in counters to assist passengers in maintaining social distancing norms.
-The AAI has suggested the blockade of seats between individuals by using proper markers and tapes to ensure social distancing between people sitting at the airport terminals.
-The use of alternate check-in counters has been prescribed by the AAI to avoid congestion.
-The AAI has asked for the proper provision of Personal Protective Equipment including face masks and sanitizers.
-The AAI has recommended the use of PPE wherever deemed necessary.

Meanwhile, Union Health Ministry has also issued the guidelines that should be followed.