President Trump will be inaugurating the world's largest Motera stadium in Ahmedabad and nearly one lakh people will be attending the grand event of  'Namaste Trump' in Gujarat. 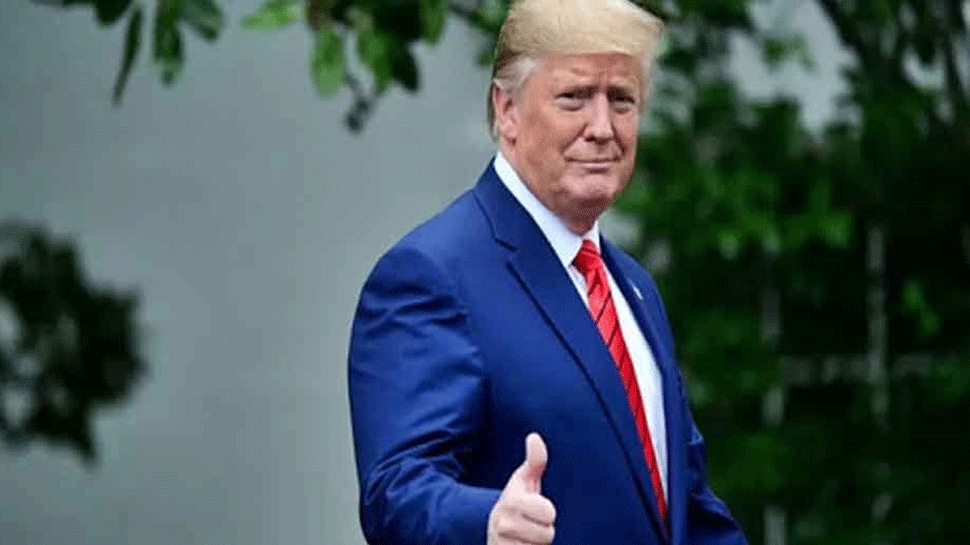 Ahmedabad: As India gears up to welcome US President Donald Trump, his roadshow in Ahmedabad has been reduced from 22 km to 9 km. Trump along with Prime Minister Narendra Modi will conduct a roadshow which will start from the Ahmedabad airport and will go towards Motera via Koteshwar in Gandhinagar. The reduction has been made after the cancellation of Trump's visit to Gandhi Ashram.

Out of the 9-kilometer long roadshow, 4 kilometers will be in Gandhinagar. SRP and other security agencies along with seven SP class officers and over 2000 police personnel have been given responsibility by the IG of Gandhinagar to take care of the security system during the four-km roadshow in Gandhinagar.

President Trump will be inaugurating the world's largest Motera stadium in Ahmedabad and nearly one lakh people will be attending the grand event of  'Namaste Trump' in Gujarat. Around 2000 bus will be deployed to bring people to the stadium. Motera has a seating capacity of more than 1,10,000 people.

A special entrance has been prepared for the event and more than 200 steps are made ready inside the ground.

President Trump and First Lady Melania are scheduled to travel to Ahmedabad, Agra, and New Delhi on February 24 and 25. Ahead of the visit, there have been talks about India and the United States agreeing on a trade package as a precursor to a major trade deal.

A high-level delegation including Treasury Secretary Steven Mnuchin and Commerce Secretary Wilbur Ross will also be travelling to India along with Trump.This will be the fifth meeting between PM Modi and Trump in the last eight months.

The announcement of Trump`s first official visit to India was earlier made by the White House, which, in a statement, said that the US President and PM Modi had agreed during a recent phone conversation that the trip will "further strengthen the United States-India strategic partnership and highlight the strong and enduring bonds between the American and Indian people".