Each Bangladeshi infiltrator will be identified and made to leave India: Amit Shah

BJP chief Amit Shah also used the opportunity to attack the critics of National Register of Citizens draft release by the Assam government. 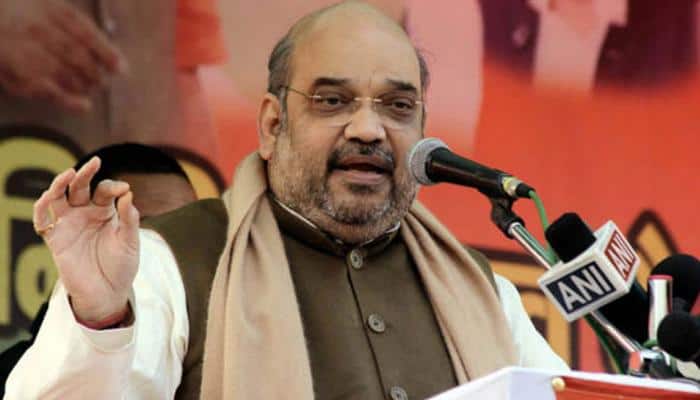 Bharatiya Janata Party (BJP) president Amit Shah on Tuesday said that all infiltrators from Bangladesh would be identified and made to leave the Indian territory. Addressing BJP office bearers and workers during one-day visit to Jaipur in Rajasthan, Shah said that the party would not allow any Bangladeshi infiltrator to live in India.

The BJP chief also used the opportunity to attack the critics of National Register of Citizens draft release by the Assam government. He said that those not in favour of Assam NRC are merely doing votebank politics in the name of protection of human rights.

“Those who are worried about their votebank are talking about human rights violation. They are not bothered about the country and the poor people of the country,” said the BJP president on the issue of Assam NRC.

The BJP chief further talked about the Citizen Amendment Bill, saying that Prime Minister Narendra Modi has brought it to benefit migrants. He said that Hindu, Sikh, Buddhist and Jain migrants from Pakistan, Afghanistan and Bangladesh are not illegal immigrants but refugees, and they would be given Indian citizenship.

Addressing the BJP members on the issue of 2019 Lok Sabha elections, Shah said that no alliance of opposition parties would be able to defeat the BJP.

Shah said that if BJP workers manage to win the Rajasthan Assembly and 2019 Lok Sabha elections, no one will be able to defeat the ruling party in any election in the next 50 years.