Either you're better than your enemies or you're not there at all, says NSA Ajit Doval at DRDO meet

Doval also went on to give many tips on how one can surpass their adversaries in the modern world , he said technology & money are two things which will influence geopolitics. 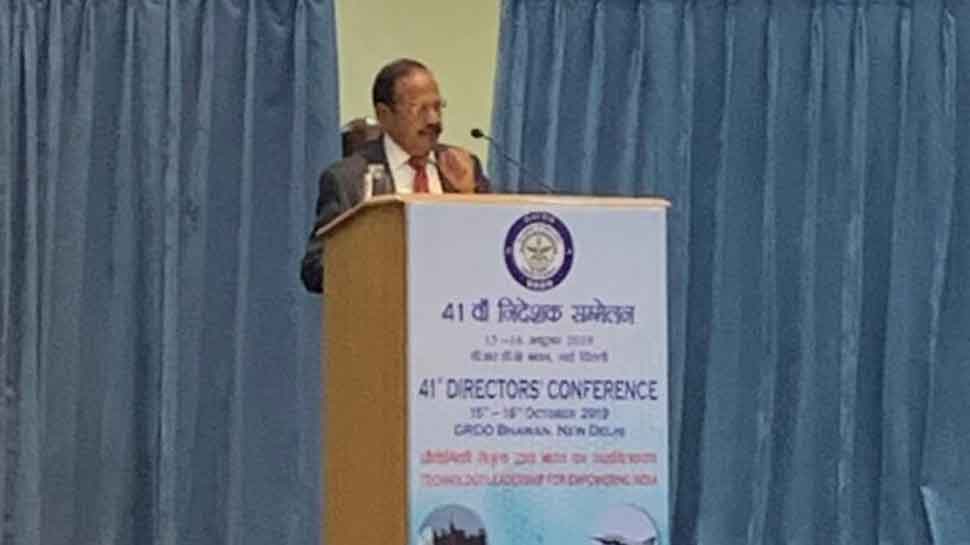 New Delhi: National Security Advisor Ajit Doval on Tuesday addressed the 41st DRDO Director’s Conclave in New Delhi. In his speech Doval highlighted the areas were India needs to develop in order to emerge as a world power.

Doval said, ''Armies that were better equipped always called the shots & decided the destiny of mankind. They were always the one which had higher technologies. India's own historical experience on this has been sad, we were the runner-up. There is no trophy for the runner up.''

Being very blunt about the countries position the NSA Doval said that ''either you're better than your adversaries or you're not there at all.''

Doval also went on to give many tips on how one can surpass their enemies in the modern world , he said technology & money are two things which will influence geopolitics. Who'll win, will depend upon who has preponderance over their adversaries on these two and out of the two ,technology is more important.

Stressing on the areas were India needs to evolve, he said, ''India needs to enhance its capabilities for technology absorption not only in the laboratories but also in production of systems. '' He further added,'' In the world of distributed production for manufacturing of items, systems integration becomes most important.''

Doval also explained the importance of accepting reality and said constant adaptation and change is progress, therefore we should not be shy to revisit basics and realign our structures in line with emerging realities.

The National Security Advisor advised that for developing India's national security system the country should collectively asses core technologies available with all centre of excellence like CSIR, BARC, ISRO and private sector.

Doval concluded his speech by giving example of young scientists like Alan Turing and several other data scientists or code breakers who made the difference between victory and defeat during the World Wars.

The DRDO meet was also attended by Army Chief General Bipin Rawat were he praised the Defence Research and Development Organisation (DRDO) for its achievements and stressed on making home-grown weapon systems in the country.

SC likely to conclude hearing in Ayodhya case on October 16