An encounter broke out between security forces and terrorists at Yamrach village of South Kashmir's Kulgam district on Wednesday (May 13) night. 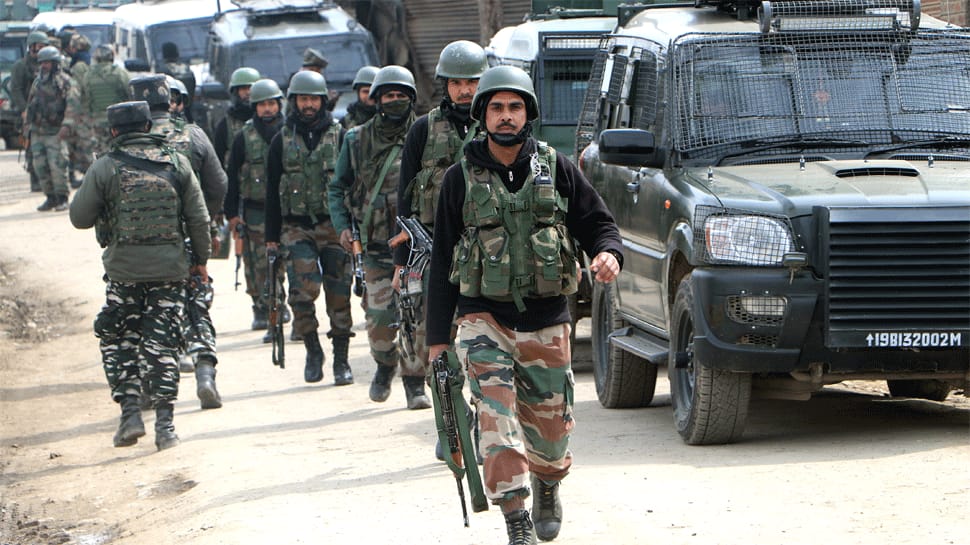 An encounter broke out between security forces and terrorists at Yamrach village of South Kashmir's Kulgam district on Wednesday (May 13) night.

According to details, the encounter started after a joint team of Jammu and Kashmir police, Army's 34 Rashtriya Rifles and CRPF launched cordon and search operation in Yamrach after receiving a specific input about the presence of terrorists in the area.

As the security forces approached towards the hideout of the terrorists, the terrorists opened fire upon them, triggering an encounter. Sources told Zee Media that more reinforcements have been brought in to kill the terrorists. Sources added that two to three terrorists are believed to be trapped in the area and all the exit points of the area have been sealed off to prevent them from escaping.

In a major breakthrough, the security forces on Wednesday (May 6) killed the most wanted and Pakistan-supported Hizb-ul-Mujahideen's top terror commander Riyaz Naikoo along with his associate in an encounter in Beighpora village of Awantipora in Jammu and Kashmir.

With Naikoo's elimination, the security forces also avenged the deaths of five security men recently killed in Kupwara district on May 3. Naikoo, Kashmir`s most wanted terrorist and Hizbul chief was trapped late on Tuesday in his native Beighpora village in Jammu and Kashmir`s Pulwama district.